We've already seen two pretty major updates to Google apps today, with Translate's offline language packs and Movies getting info cards. Some smaller updates were also pushed out to a few other apps as well – namely Sound Search, Offers, and PrimeTime for Google TV. Since the latter's the most notable (in terms of what's in the update, that is), let's start there.

The PrimeTime app for Google TV brings a few new things by adding support for Amazon Prime content, as well as a subscription selector for Netflix, HBOGO, and Prime. So, basically, more ways to get content.

Past that, Offers brings but one small enhancement: notifications of saved offers nearby. That's it. Still, for anyone who frequently uses this app, that could prove to be quite useful.

Lastly, there's Sound Search. Unfortunately, there's nothing in the changelog for this one, but surely the update brings something to the table. Maybe some bugfixes (likely).

And that pretty much sums it up. A few little updates. 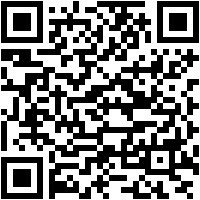