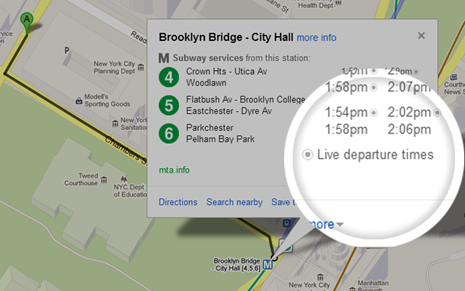 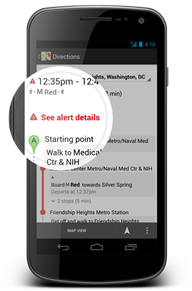 Starting today, seven lines of the MTA will show live arrival and departure times for stops along their routes. Additionally, public transit users in Salt Lake City can get the same information for buses and trams in their area. Also, the Metrorail in DC now shows service alerts when, for example, there's scheduled work being done on the tracks.

The information is available on Google Maps via the desktop and Android apps.