SEGA already made some waves in the Android world by announcing a port of the original Sonic the Hedgehog at GDC 2013 yesterday, but the company wasn't finished there. It just announced three more games coming to the platform later this year: Puzzle Pirates, House of the Dead: Overkill – The Lost Reels (!), and Godsrule. Excited? I know I am. 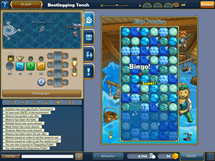 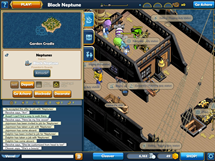 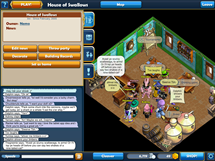 Let's start with Puzzle Pirates. This quirky MMO has been around for several years now, but that hasn't taken away from its allure. I mean, where else can you become a pillaging pirate on the high seas and not get taken to prison? Exactly. Anyway, now it's coming to Android. Be happy about that!

House of the Dead: Overkill - The Lost Reels

And there's the fun-loving zombie rail-shooter House of the Dead: Overkill – The Lost Reels. I'm assuming this one is a spinoff of House of the Dead: Overkill (though I guess it could just be a remake), but either way here's what you need to know: shoot the zombies. Don't kill the living (this isn't Walking Dead – no need to fear those guys). And don't die. If it's anything like the original Overkill, expect lots of vulgarity and blood. I can't wait for this one. 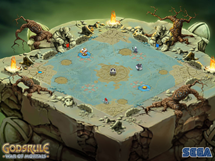 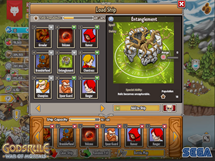 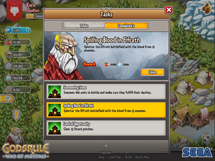 Finally, we have Godsrule. In this MMORTS (and other letters), you control an army in real-time battles with up to four other players at once. You must dominate them, take their territory, seize their empire, and do other mean things to them. Why? FOR POWER. Because you can't have power without seizing, stealing, beating, slashing, and doing other violent things to those who you play games with. It's a rule.

While House of the Dead should be available sometime in April (or so we've been told), you'll have to wait until "spring" to get your hands on Godsrule, and then summer for Puzzle Pirates. But look at the bright side: hopefully you'll have either finished or gotten burned out on one game by the time the next one is released. It's all about perspective.