Yesterday, T-Mobile officially announced its new "UNcarrier" plans to much fanfare and profanity. The idea is simple: you pay one price for your service, and a separate price for your device. You can either choose to pay the full cost of your phone up front, or pay a deposit at first and then a monthly fee after that.

"But wait," the entire tech world cried, "That monthly fee is still a contract, right? I mean, I can't pay $99 up front, terminate one month later, and walk away with a super cheap phone, right?" Well, no, that would just be straight up theft and- "Then it's still a contract! Gawsh!"

...No. No, it's not "still a contract." It's actually the best thing to happen to smartphone purchases in a very long time and, if you're very lucky, the other carriers will adopt this plan. Here's why.

You Just Got An Interest Free Credit Card... 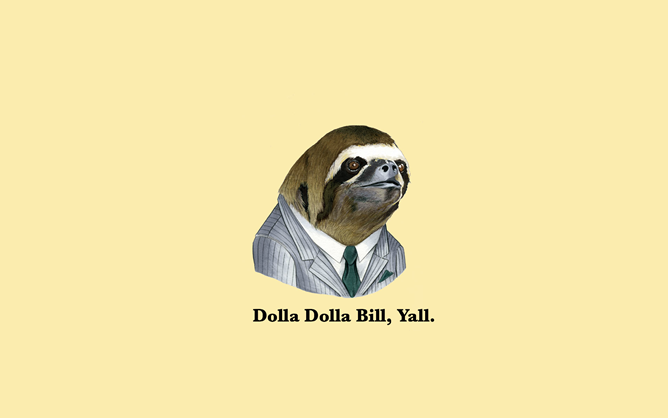 If someone describes this as a subsidy to you, they are misrepresenting the deal. Plain and simple. Why? Because, unlike other carriers, you now know exactly how much you're paying for your phone at all times. When you sign up, you see the full cost of the hardware, how much it will take to pay it off over two years if you make the minimum payment (I'll come back to that) and the charge is entirely separate from your service plan. When you pay it off, your monthly bill goes down. While most of us in the die-hard Android world count down the days until our contracts end just to bind ourselves again for a new inexpensive-looking phone, this is a big deal for people who don't throw out their old handsets the minute they can.

Interestingly, there is almost zero difference between buying an unlocked phone with a credit card and buying it from T-Mobile using this method. While on Verizon or AT&T, you never really know how much your phone costs out of your monthly bill (and this obfuscation allows the carriers to set that level wherever they want), T-Mo shows you exactly what your remaining balance is on your hardware payment plan. In fact, the only tangible distinction between this and a credit card is that the latter will charge you interest.

Now, I know what you're thinking. "No, Eric. There's one other difference: a credit card doesn't require me to keep paying it for two years. I can pay it off as soon or as late as I want." Well, funny thing about that...

...That You Can Pay Off As Fast As You Want

This is an FAQ regarding T-Mobile's Equipment Installment Plan, which is the fancy legalese term for the alleged 'contract' in question. This document details the terms and conditions for how your phone has to be paid off. And yes, if you want to leave T-Mobile before you finish paying off that handset, the remainder of the balance will appear on your final bill. This has led many people to claim that it functions exactly like an ETF. Except for one small detail:

Can I pay off my Equipment Installment Plan early?

Yes, you can elect to pay off your EIP early at any time if you do not wish to continue through the full 24 installment periods. You may pay any extra amount at any time on My T-Mobile, through Customer Care, or at a Retail store. [emphasis added]

This, right here, is the reason that this is not a contract in the same way that Verizon, AT&T, and Sprint's terms are. That $20/month is not just a monthly fee. It's a minimum monthly fee. As anyone who knows anything about avoiding overwhelming credit card debt can say, you never just pay the minimum amount due. Now, that's normally because interest is where they kill you, but the same principle applies here.

Let's say you want to get a shiny new Galaxy S III right now. That's not a terribly great decision, since the S 4 is going to be released very soon, but you need something this instant for whatever reason and can't wait. Plus, you're pretty sure you can sell it later on to recoup some of the costs. The price of that phone is $70 up front and $20 per month.

However! Let's say you're smarter than the system. You don't like contracts and you don't want to be tied down. The total balance, down payment aside, is $480. Instead of paying $20 every month, you pay $100. That's going to make your monthly payment higher, but for a much shorter timeframe. Besides, you'll have to pay that money anyway. And $100 every month is a lot easier than coming up with $550 right off the bat. If you pay that $100 every month, your 'contract' is up in five months.

Let me repeat that: you have the option of a five month 'contract'.

Or eighteen months. Or two months. Or the full twenty-four. Your 'contract' is however long you decide you want it to take to pay off that phone that doesn't actually cost a hundred bucks. That's where the real trouble lies. We've been under subsidies for so long that the primary way to save money is to game the system somehow. Get out of your contract early and qualify for "upgrade" pricing. Well, no more. Now you can pay that phone off at any time, but you have to pay it off.

Something better, but not perfect

In a way, this is the best possible situation. If you plan ahead—which, admittedly, is a problem for many consumers—you can set your 'contract' length to whatever you want it to be. This is flexibility on an unprecedented level (ignoring that T-Mobile has actually had this payment plan since 2011 at least, but the branding and marketing matters a great deal in clarifying things for the customer, so we won't nitpick).

However, there's one freedom you still lack: the ability to cancel your service without paying anything that even looks like an ETF. If you pay the minimum amount necessary, then you'll still have a sizeable chunk of change to fork over if you want to leave T-Mobile for another carrier. In fact, it would be even larger than Verizon or AT&T's ~$350 fee at first for most phones. Why can't T-Mo just let you keep paying for the device month-to-month, but leave the carrier?

Admittedly, that would be nice. I won't argue that. But there is one major reason that T-Mobile won't do it: it's still a carrier. As much as it's trying to convince us it isn't, the main way it makes money is by people using (and paying for) the network. As I stated earlier, this is essentially an interest-free credit card. No one wants to get into the interest-free credit card business without some other way to turn a profit. That's a money pit. Someone's gonna stop paying, the margins will be too low, or maybe there will be no margins at all, and the business drowns in overhead. No, as much as we may dislike it, requiring you to finish paying off your hardware before terminating your service is the closest to reasonable we're gonna get, unless T-Mobile starts charging interest. Which is something no one wants.

That being said, if you really want to sign up for T-Mobile service now, have the freedom to leave in three months, and still not have to pay a bunch of money up front for your phone, you can do that, too. Just not through T-Mobile. Go to Best Buy and get one on a credit card with one of those six months same-as-cash deals. They're literally the same. Except T-Mobile exchanges the threat of charging you interest later for the simple requirement that you pay off the hardware you're essentially leasing before you switch carriers with it. It's a fairly reasonable trade off.

Freedom From Everything But Responsibility

Unfortunately, as with growing up in general, discovering the freedom these new plans offer you is a double-edged sword. On the one hand, you have the ability to create a 'contract' that's as long, as short, and as flexible as you want. Want a new phone every year instead of two years? Pay double the minimum monthly fee (which on an unlimited data plan with a $20 minimum would still only put you at $110/month, about on par with what the other carriers charge for the same service). Want no commitment at all? Buy the phone outright. It's all up to you.

On the other hand, well, it's all up to you. Which kinda sucks. Up until now you've been able to pretend that the real price of a phone is unknowable, and enjoy paying smaller amounts of money up front. Now, though, you're confronted with the naked truth: one way or another, you're going to pay out the nose for that phone.

This is part of the reason that T-Mobile chose such an antagonistic attitude to announce its New Deal. The American smartphone-buying public has been living a lie for years and now the ugly truth is showing through. There will be anger and there will be blood. T-Mobile elected to direct that anger at Verizon, AT&T, and Sprint instead of at itself. To a certain extent, it's worked. While some of the cattier writers out there still call it a contract, the carrier is getting a fair amount of publicity for going against the grain and empowering users.

But with great power, comes great... well, you know the drill. There are two main reasons we hate contracts: they make it difficult for us to change carriers, and you have to wait to upgrade phones. Well, now neither of those is true. You're not required to have a contract and, if you want a cheaper phone up front, you're only bound for as long or as short of a time as you'd like. The only catch is that you have to pay for your hardware. And if you're really desperate to upgrade early, you can add another device payment plan without waiting to pay off the others.

Every time I write about cell phone unlocking and the legality thereof, the one mantra I hear repeated over and over is "I paid for the phone, let me do what I want with it." Well, if you want to do what you want with it, it's time to start paying for it.

App Deals: Plants Vs. Zombies, NBA JAM Both On Sale For $0.99 (North America Only)