Action Launcher is something special. The home screen replacement made its debut a short three months ago in December, and found its way into our hearts as one of (if not the) best app of the month. What makes Action Launcher a great replacement is that it's unique – AL is totally different from any Launcher we've yet seen, and it earns that distinction with a couple of signature features: first, all your apps are a quick slide away. Second, your home screen can have "covers," or folders that behave as the app on the "cover" when tapped, but which expand to a full selection when swiped.

Adding a third distinguishing (revolutionary?) feature to that lineup, developer Chris Lacy updated the app to version 1.5 today with "Shutters." Of course, there are many more improvements in the update (including full tablet support), but shutters are certainly the headlining feature. In short, shutters are collapsible widgets. Citing the underutilization of widgets in normal Android launchers, Lacy introduced shutters to unlock "the power and functionality of Android's widgets." 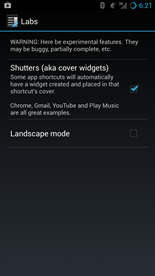 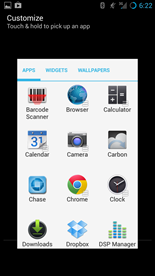 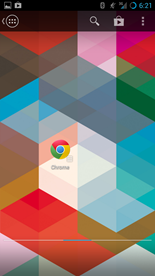 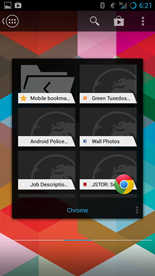 Like covers, shutters will behave as the app of your choosing when tapped. When swiped, a full, totally interactive widget will expand. What's more, users can put shutters inside covers (or regular folders). Here's Lacy's own demo:

If you've never tried Action Launcher, there's never been a better opportunity. Just hit the widget below for the app.