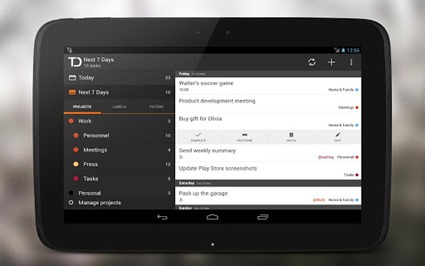 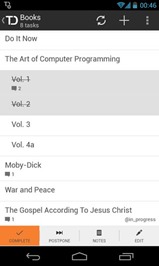 While Karma isn't available for the Android app just yet, it sounds quite promising – the new feature looks to add a unique dimension to task management, integrating gamification into your day-to-day workflow. Karma will "provide striking and advanced visual insight (analytics) into each user's productivity" by essentially charting your task karma – if you complete tasks often and on time, you'll rack up plenty of positive karma. Have a few overdue or ignored tasks? That'll earn you negative karma. Users (players?) will be able to ascend in karma ranks from "beginner" to "enlightened," with karma getting ever harder to earn along the way.

Unfortunately, Todoist tells us, the development team will "need another month/month and a half" to get the feature up and running for Android users.

That aside, this update is pretty nice. If you've yet to check out Todoist, now's a great time. Hit the widget below.

Zach Weiner's Trial Of The Clone Comes To The Play Store, Listen To Wil Wheaton Say Words Like ...