The original FieldRunners was easily one of the best tower defense games I've ever played. While I may be pretty awful at the genre as a whole, FR offered nice visuals, fluid and fun animations, and an overall good experience. I'm sure many of you share my sentiments on the title and have been actively waiting for its sequel to finally make its way to Android. Good news! It's coming next month.

According to Subatomic's blog, the company is currently looking for players to volunteer to beta test the upcoming sequel, which, judging by the released screenshots, looks pretty fantastic. 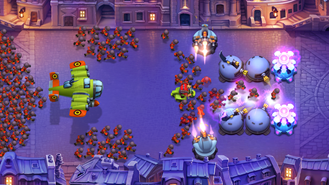 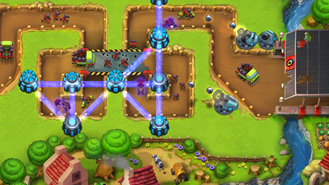 While we're not entirely sure at what point we can expect the game to hit in April, at least there's some light at the end of the tunnel and fans of the first one should be back in action in less than four weeks. Hurray!