If you love the idea of the PIE controls found in Paranoid Android but can't bear the thought of parting with CyanogenMod, break out the champagne, because the two are to be wed today. That's right – PIE controls are coming to CyanogenMod 10.1. 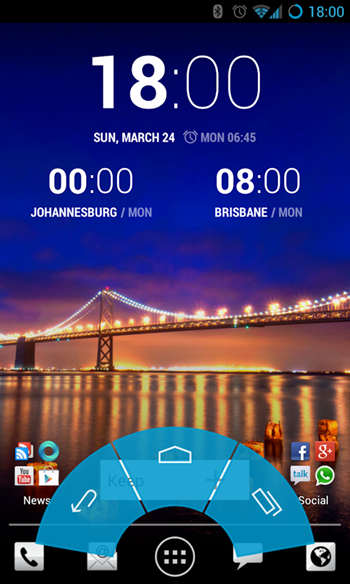 For those who may not be familiar with Paranoid Android, PIE is a unique navigation method that essentially removes the stock nav bar and turns it into a floating control panel, much like the Quick Controls option in the now-defunct stock browser. This provides more usable space on the screen without taking away the necessary navigation controls.

CM took to its Google+ page (as it often does for these sort of announcements) early this morning to announce the feature for CM10.1 builds, noting that the code has been completely rewritten by contributor Jens Doll. The patches that enable PIE to do what it does were merged late last evening, so the feature will be available in the subsequent nightlies, which should hit the scene later today/early tomorrow.