In an age where kids want to be digitally connected just like the rest of us, there are things every parent has to deal with. On one hand there are content and privacy concerns, and on the other it's the constant fighting and bickering about who's turn it is to use the computer.

With those things in mind, the founder of eMachines set out to create a small and affordable PC to relieve parents of these quandaries. And with that, the $99 MiiPC was born; a prototype was built, and the project was released on Kickstarter for funding. The box – which can be connected to an existing monitor, keyboard, and mouse – is powered by modern-day tablet innards, like a dual-core 1.2GHz Marvell SoC, 1GB of RAM, and 4GB of flash storage. Pushing the hardware, you'll find Android 4.2. Why? Because it's free, which keeps the cost down. However, the OS is said to be customized to provide a more desktop-like experience and support for multiple users. It's unclear if the latter feature is the same as stock Android 4.2, or if the company has built its own user support features.

Aside from the system itself, the company – which calls itself ZeroDesktop, Inc. – is also crafting companion apps for the parents. Available on both iOS and Android at launch, the MiiPC app will allow mummies and daddies to monitor what their precious little larvae are doing on the computer – be it playing in an Android app, surfing the web, or catching a flick with their besties. 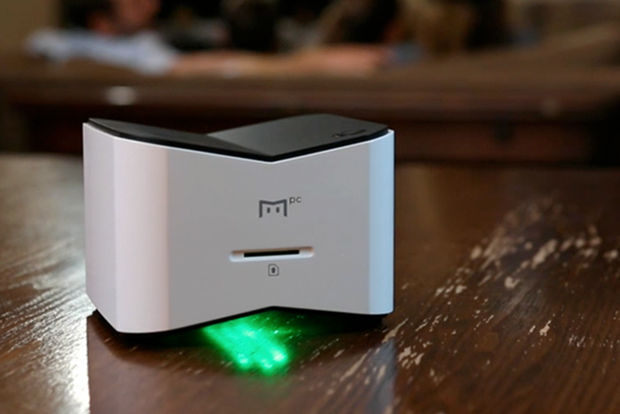 When the Kickstarter campaign launched just two days ago, Zero was hoping to get its $50k in funding within 45 days. However, given the media coverage of the Android-powered gizmo upon launch, the company has already blown past the original goal by $10k, and it appears to be just getting started. While the campaign has yet to be updated with possible stretch goals, Zero noted that the increased funding will allow the "hardware guys" to bring more features to the table, which could include anything from additional USB ports to increased memory and more flash storage. Considering this show is just getting underway, the potential for additional features is great, so we'll all just have to keep an eye on what these guys are working on behind the scenes.

For more information on the MiiPC, head over to the Kickstarter page.

Here's Why You Need To Download Duck Retro Hunt Right Now: Do It