Released last fall, Samsung's Galaxy Express is a plucky mid-range handset with – for those who don't know – a 4.5" Super AMOLED display (constrained by an underwhelming 480x800 resolution), a dual-core 1.5GHz processor, and a gig of RAM.

If you happen to be carrying around a Galaxy Express, listen up – AT&T, in a post to its Consumer Blog, announced today that an Android 4.1 update has begun rolling out to users, bringing with it everything you'd expect, from Google Now and rich notifications to Samsung-specific enhancements like Easy Mode, Blocking Mode (to keep unwanted calls and texts at bay), and a lock screen news ticker. 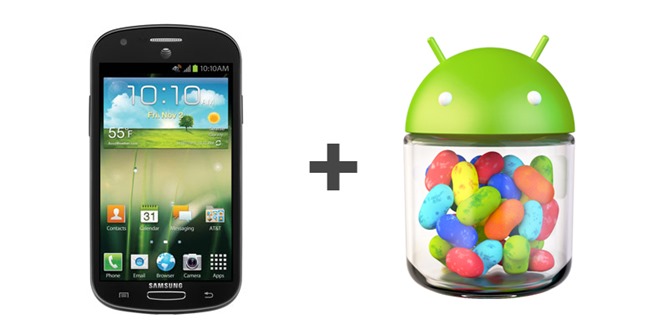 Express owners should be getting an automatic update prompt any time now, but those who want to grab the update as soon as possible can head to Settings > About Device > Software Update and mash the "Check For Updates" button, then simply follow instructions. To see AT&T's full post on the update, just hit the link below.