Kairosoft plus ninjas. Now that the die-hard fans are already stampeding to the Play Store, the rest of you can stick around and find out why you should play Ninja Village. The previously Japan-only title is now available to the English-speaking world, bringing Kairosoft's familiar, pixelated spin on city-building and battling to the well-trodden Edo Period setting. Those of you who've played Epic Astro Story should find the game familiar. 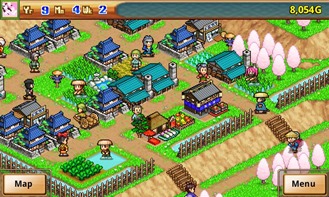 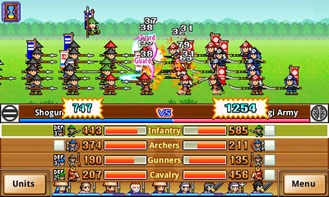 The style of the game closely follows Kairobotica, tasking the player to build a city for their ninja clan with various structures to train, equip and deploy tiny killing machines. Your army is customizable with infantry, cavalry, and artillery units, and each one can be equipped to your liking... at least one option appears to be a mounted Gatling gunner in a bunny suit. In between laying down the hurt on other clans via real-time battles, your town will gain wealth and prosperity by hawking wares to passers-by. A little bit of animal training (a la Beastie Bay) is included for good measure. 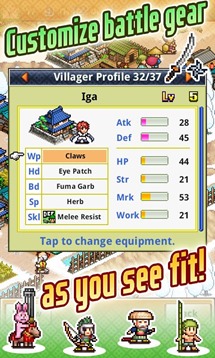 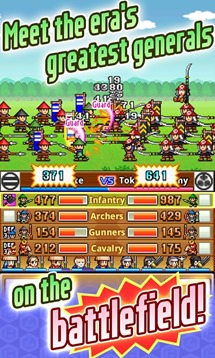 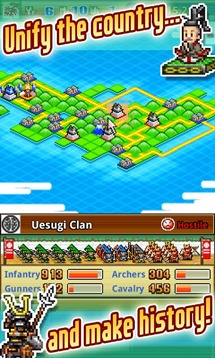 The developer seems to have abandoned its brief liaison with the free-to-play model - Ninja Village has the same $4.99 price that most of the previous Kairosoft titles held. The game has no ads or in-app purchases. 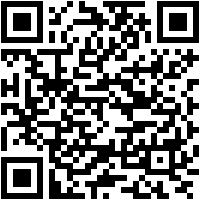