That headline seem oddly familiar? It should, because the same seller had an identical deal going about a week ago. And now it's back. 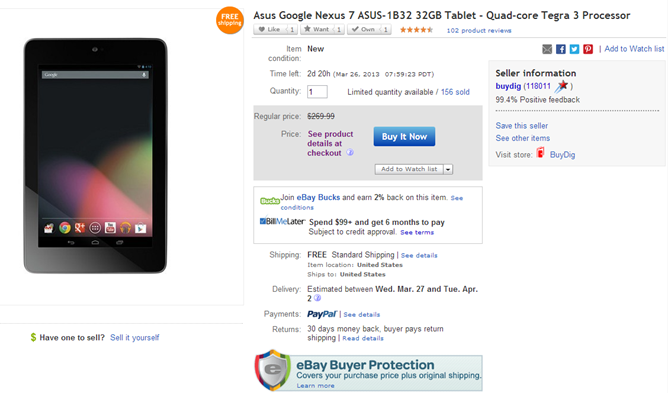 For today only, you can get a brand new, in box 32GB Nexus 7 for $229 shipped. That's your price out the door - unless you live in New Jersey, that is. In that case, you'll also have to fork over some sales tax. Sorry, guys.

Still, that's quite a bit cheaper than you'll get it directly from Google. So, you should probably go head and hop on this one - once they're gone, they're gone.

Unless it comes back again next week, of course.

500px Beta Hits The Play Store, Lets You Test The Latest Features Before They're Ready For ...