If you're a fan of the photography-aggregating service 500px, then you may be interested in seeing what the company is brewing for upcoming versions of the app. Thanks to the new beta version of 500px, which hit the Play Store this morning, now you can. 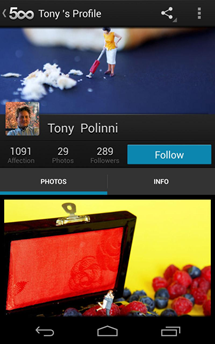 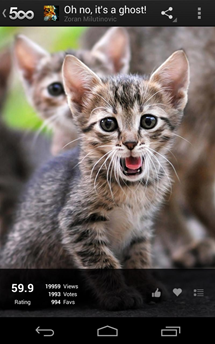 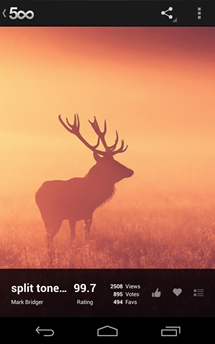 All the latest beta features, and the silhouette of a moose. What more could you want?

The 500px beta app brings the latest features the company is working on before they're ready for prime time in order to let users not only check them out, but also report any issues they're having. So, basically it's just an open beta. As such, of course, you should also expect some bugs.

Judging by the first few comments already left in the Play Store, however, the app seems to bring quite a bit new to the table and appears to be fairly stable to boot. If you'd like to get in on the beta action as well, hit the widget below.