YouTube announced something fairly incredible yesterday: it now has more than 1 billion unique visitors to the site every single month. That's a LOT of people, almost half of everybody around the world with internet access, in fact.

What's even more interesting is how people are reaching the site. A post on Google's AdWords Agency blog took a look at how the current generation, or 'Generation C', accesses content on YouTube, and found that a lot of the traffic is coming from smartphones, as opposed to traditional PCs. When looking at the current generation, they found a 76% increase in smartphone traffic, year-on-year, with only a 33% increase in traffic from desktops. 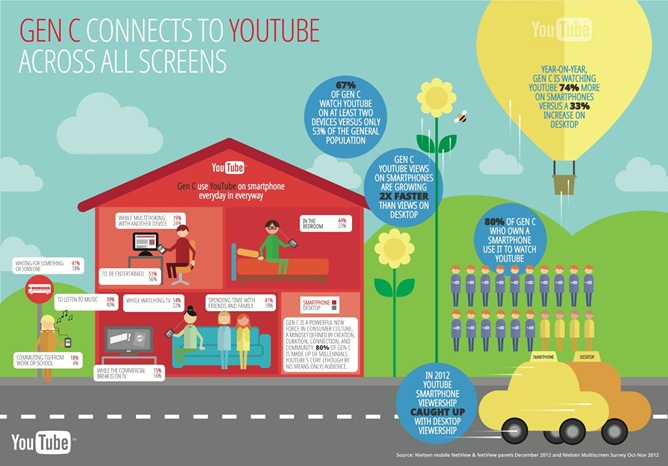 With low-end smartphones becoming accessible to more and more people each year, the mobile web is clearly growing at a rapid rate, with no signs of slowing down. The question is, what will be the next website to join Facebook and YouTube in the 1 billion club?

Dan Brown's 'The Da Vinci Code' Book Available For Free From The Play Store For A Limited Time, ... Eric Schmidt Denies Android And Chrome Will Merge, But There May Be More 'Commonality'