I heard from a reliable source that you guys like unlocked cell phones. Well, eBay's Daily Deals have you covered today with an unlocked international Galaxy S III for $449, which is slightly cheaper than the previous deal on this handset of $470. The device comes in  your choice of black, white, or blue. As a bonus, the shipping on these devices is entirely free, which makes it one of the cheapest high-end handsets you can get unlocked, excluding the Nexus 4. 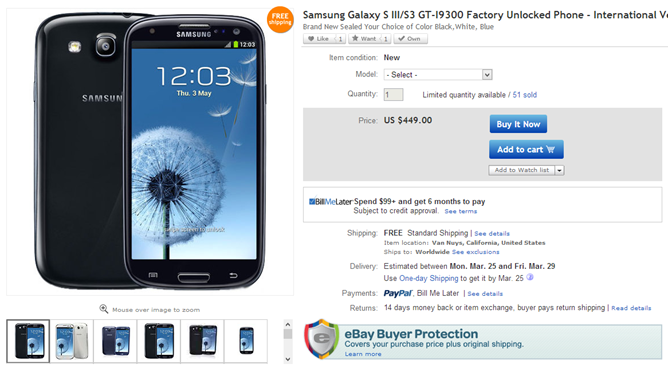 Even if you are including the Nexus 4, this isn't bad. The GSIII was initially launched in May of 2012, so it's only 9 months old. The IV may be on its way in, but last year's model is no slouch if you like Samsung's flavor of Android. At only $100 more than the comparable Nexus 4 (both handsets pack 16GB of built-in storage), but no shipping costs, it's a pretty great deal.

PSA: You Can Now Listen To The Android Police Podcast Feed In Google Currents, And It Rules