Since the dawn of mobile gaming, a handful of genres have struggled with the transition to tiny screens, while still keeping usable controls. Oil Rush is Unigine's attempt at one of the most daunting categories, real-time strategy. The game doesn't come with just another slightly different control scheme, it's equipped with a full storyline, high end graphics, and voice actors! Oh yeah, and a pretty high price tag... 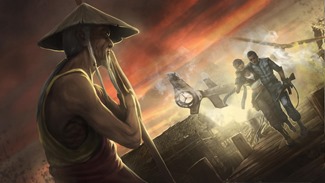 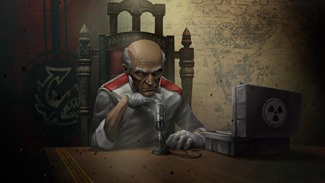 Set during a post-apocalyptic war in which a nuclear weapon has melted the ice caps and flooded Earth, the remaining inhabitants fight to control any last remaining oil reserves. Players are introduced to the story by beautiful cinematics and skilled voice actors, with the main character and narrator sounding like a raspy Malcolm McDowell. It's hard to shake the feeling that this game is inspired by Waterworld, a feeling that is only reinforced by the presence of airships, small gun boats, and jet ski riders with automatic weapons.

Gameplay is pretty straight forward, players order their units to move by drawing lines from one platform to another with the goal of taking control of each new base. If two opposing soldiers cross paths, an elaborate AI-driven battle takes place in real time and without the need for micro-management. The platforms, factories which automatically produce more units, may also be upgraded with their own weapons to fend off attacks. Naturally, Oil Rush also builds on an old RTS staple, the Tech Tree, to upgrade units and learn special abilities.

Players should begin with the campaign for an introduction to the controls and guidance on game mechanics, but quick games can also be launched on an assortment of skirmish maps. Each level has different missions and requirements like collecting a certain amount of oil or defeating a boss. Unigine obviously wanted to make the experience flexible and immersive, much like we would get from RTS games on a desktop. A recent DLC for the desktop version has added a much larger tower defense style; hopefully the same expansion will find its way to Android soon.

One of the most distinctive features of Oil Rush is the graphics - full 3D models, rendered waves, and lots of animations. This title is really meant for high performance devices, even my Nexus 4 experienced some noticeable glitches and visibly slowed down during large battles. I wouldn't say this is bad enough to impact gameplay, but it detracts from the overall experience. The Play Store description includes a list of compatible hardware and a note that the game is exclusive to Snapdragon S4 chips and Adreno 225 or 320 GPUs. However, the game's website precedes that note with the additional words "For six months following release ...," implying future support for other hardware and possibly a temporary exclusivity deal with Qualcomm. Here is the complete list of currently supported devices:

A demo of Oil Rush is available, which includes the first few levels of the campaign and 4 skirmish maps. The full version is available on the Play Store for $7.99 or as an upgrade from the demo via in-app purchase. It adds the full story, 16 missions, and 11 additional skirmish maps. No other IAPs are present at this time, but paid expansion packs seem likely in the future. The price is certainly high enough that this title won't be an impulse purchase, but I seriously recommend that fans of the genre try out the free version and keep an open mind. 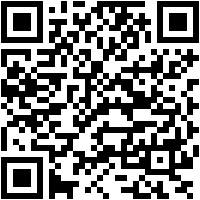 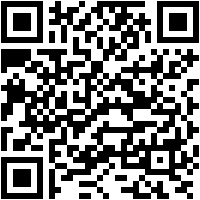 Jawbone UP App Available For Android - Lets You Track Your Daily Exercise, Sleep Patterns, And ...

Handy Photo From Developer Of TouchRetouch Makes Photo Editing Too Good To Be True, Reality Is ...