Yesterday, Android Police was in San Jose checking out some nifty things at NVIDIA's 2013 GPU Technology Conference. At one of the events, the Tegra team showed off a few prototypes of automotive dashboards they're hoping to put into cars of the future.

The HMI (Human Machine Interaction) toolkit NVIDIA is developing, called UI Composer, is universal in the sense that it can run on top of Android, Linux, Windows RT, and probably other operating systems. User interfaces made using UI Composer can then be controlled remotely using Wi-Fi or Bluetooth. A Google Nexus 7 running Android Jelly Bean is used in one of the examples - it's basically an Android controller talking to a system running Android. Interested developers can download NVIDIA's UI Composer bundle from the official site.

But back to GTC. Next to the Android setup in the video, we have a dashboard running on Linux, while the one on the very right is running Windows RT. The software running on the Linux system was particularly impressive because it featured an integrated map UI powered by Google Maps and rendered in real time. The futuristic interface kind of reminded me of Ingress, though when I mentioned it, the surprised NVIDIA engineer admitted he'd never heard of it. 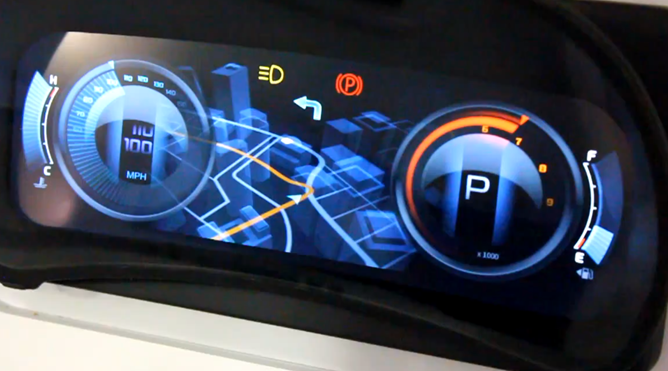 Furthermore, the dashboard designs were essentially skins that one could swap on the fly - who knows, maybe one day there will be a skin store. 99c for a retro theme, anyone? I just hope it's curated, because I daresay most theme developers don't actually have a good design sense.

Another impressive thing NVIDIA is proposing to automobile manufacturers is a standardized modular board design - imagine ripping out a chip from your car, sticking in a new one, and bam - your whole car's entertainment system hardware (not just software) has been updated. That's not even the most important implication though - the real benefit of this modular approach becomes clear when you consider an average concept-to-production cycle of a car is about four years. When automobile engineers, say at Audi, are working on their first year prototypes, they can use NVIDIA's board available at that point in time. 3 years later, when the car is about to be manufactured, they can swap out the boards for the latest gen, tweak them, and voila. 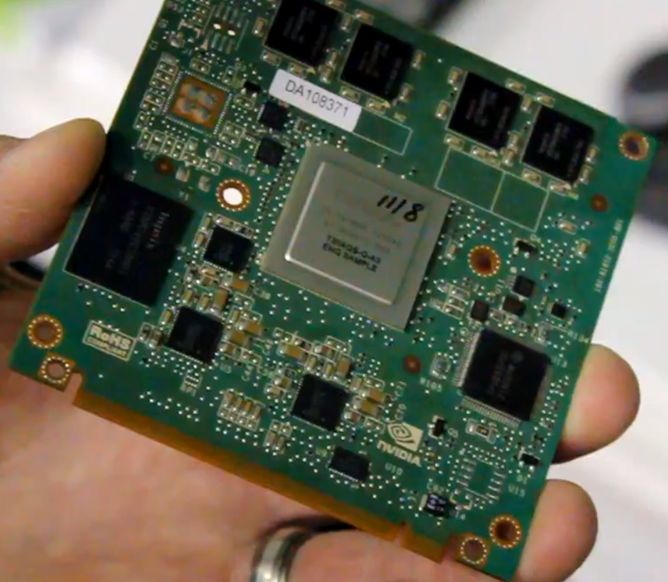 Unfortunately, these concepts show only the very distant future several years away from appearing in our cars - the automotive industry is a very slow-moving beast. It's hard not to get excited for these UIs, though, wouldn't you say? Especially when there's a chance there would be an actual community of developers around it, creating various UIs and applications (though I hope ones that require rigorous mandatory testing).

[New Game] From The Makers Of Galcon, Dynamite Jack Blasts Into The Play Store