Verizon is just not letting up on the updates. Which is kind of a crazy thing to say about the carrier. Today's is an oddity, though, as the Droid Charge will be getting a mild upgrade. Yes, really. It's not a huge change, though. Unfortunately, it's not Jelly Bean (or even Ice Cream Sandwich), but it does bring a couple of the features from those platforms, including face unlock and a photo editor. 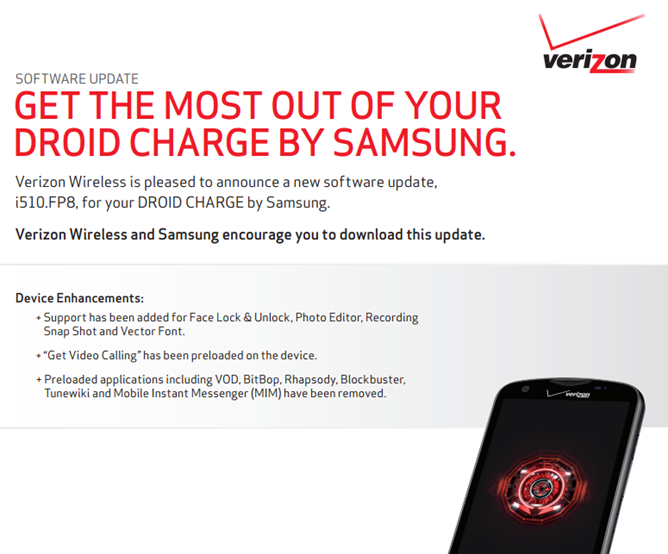 Since it's not coming with Ice Cream Sandwich, we have to assume that either Verizon or Samsung (more likely the latter) added the features in themselves. In addition, "Get Video Calling" has been added as a preloaded app, but to compensate for the extra bloat, several old requisite packaged have been removed, including VOD, BitBop, Rhapsody, and Blockbuster.

The OTA has not yet begun, but it should be coming soon.

CyanogenMod's Team Hacksung Expresses Frustration With Exynos But Neither Confirms Nor Denies ...