We're at NVIDIA's GPU Technology Conference in San Jose this week, and CEO Jen-Hsun Huang revealed new details regarding the future of the Tegra platform: the Logan and Parker chips.

Logan (which may be Tegra 5) is scheduled to ship in early 2014, and will be NVIDA's first mobile chipset to use a CUDA (NVIDIA's GPU computing platform) compatible GPU. While for normal folk like you and I that doesn't mean much, CUDA is an increasingly popular tool among scientists and big data companies for parallel processing applications. It's hard to say what kind of new applications that could mean for phones and tablets, but it could make the Tegra platform more attractive to certain audiences. Logan will also be OpenGL 4.3-ready out of the box. 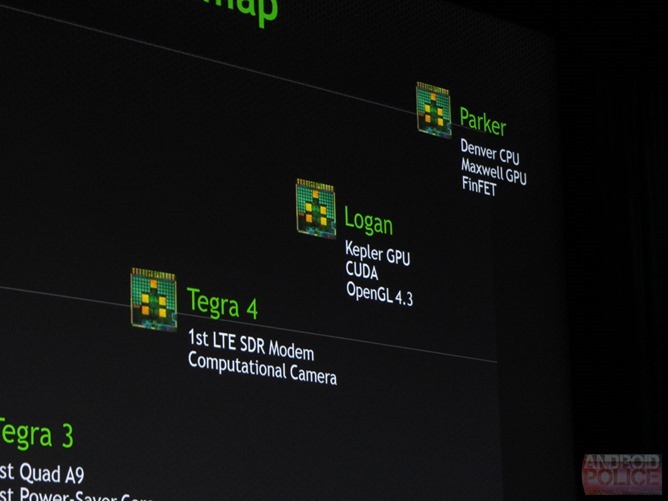 Jen-Hsun took an opportunity to demo this powerful new mobile GPU on a modified Tegra 3 board known as 'Kayla' (because it has a PCI-Express slot), and the results were impressive - ray tracing, shaders, and real-time, intensive 3D rendering were accomplished on an Ubuntu install with ease. It was a solid demonstration, though the fact that it was done on a chopped-up Tegra 3 board with a large heatsink and fan (which will go away when the GPU is on a Logan SoC) will likely be seen as less than reassuring by some. 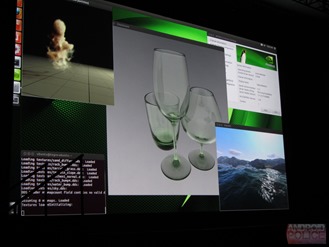 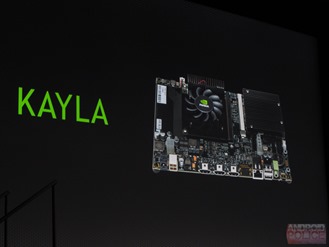 NVIDIA also provided a few details on the Parker platform (Tegra 6?). Parker will be a major step forward on the whole - a brand-new GPU platform (Maxwell), and a brand-new 64-bit ARM chip known as Denver. The chip will be manufactured with low-power FinFET 3D transistors, which - I believe - makes it the first mobile chip announced to use that process. 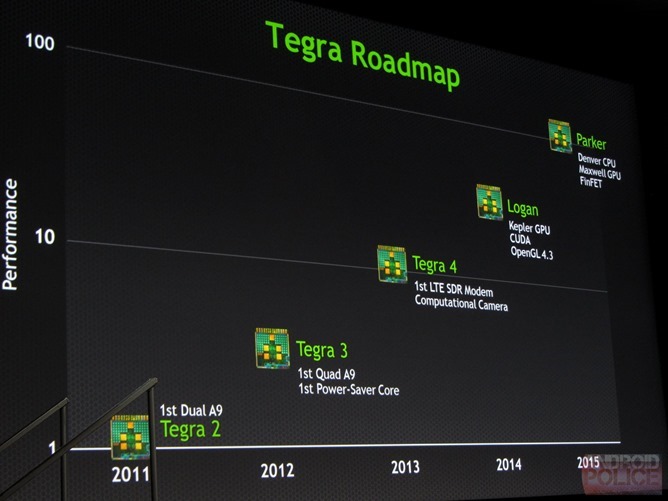 Later, on an investor call, Jen-Hsun mentioned that Tegra 4 'came later' than he had hoped, though Tegra 4i is allegedly ahead of schedule. Revenues for the Tegra division were also up 50% year over year, indicating the increasing importance of the mobile side in NVIDIA's overall business strategy.