When it comes down to pure hardware (and even the basic design), the Optimus G is essentially a non-stock-Android Nexus 4. If that means nothing else to you, it should translate into one thing: the guts are pretty awesome, and if you get the chance to throw stock Android on it, the experience is fantastic. 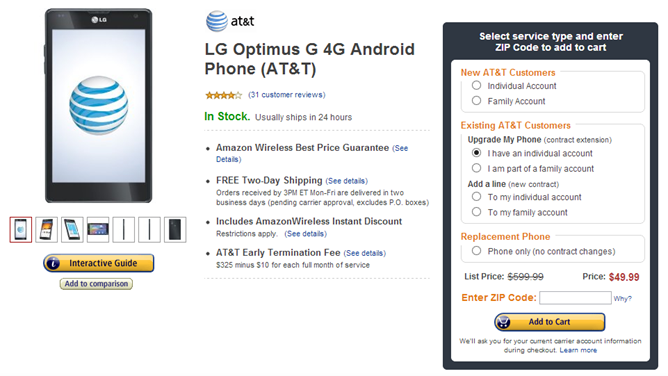 If you've been considering grabbing this device for yourself – on either AT&T or Sprint – Amazon Wireless just dropped the price to $50 for new contracts and upgrades on both carriers. So, no matter which way you slice it, half a Benjamin lands you a pretty impressive phone that fared quite well in our review: 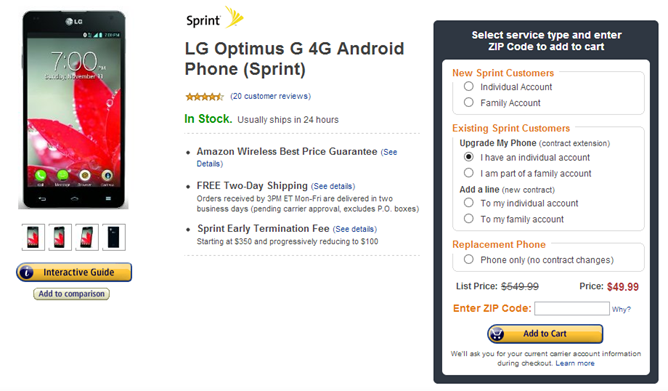 Hit the links below to buy.

AT&T Announces Some New High-Data Plans That You Will Probably Never, Ever Buy

Minuum Is An Insane Keyboard Replacement On Indiegogo That Squishes Down To One Row, Can Run On ...