Verizon has just announced a software update for the QWERTY-sliding Pantech Marauder, a phone we reviewed last August. The software update includes the now-standard Verizon Remote Diagnostics support utility, and a substantial list of software changes. The stock email app now supports a combined inbox mode and conversation view, Google Chrome has been added, and the Pantech 'Simple Mode' UI has been enhanced. The phone apparently doesn't reboot after a modem crash anymore, either, which is probably good. 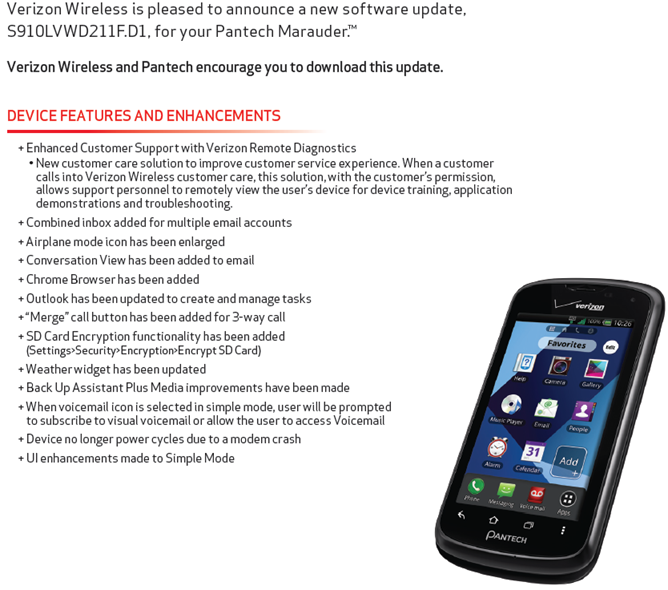 There's no Android version upgrade included, unfortunately. The new update will likely be headed out some time in the next week or two.