A little over two weeks ago, the Wall Street Journal published a juicy story about a technology love triangle gone sour, between Samsung, Google, and Motorola. That story, as most things published at the Journal about Android or Apple do, immediately caught fire. Is Samsung plotting to break away from a Google-approved Android? Is Google actually scared of Samsung's ginormous market share? It's the sort of backstabby drama that everyone in the tech news industry would love to see unfold. Count me among them - that would be something, wouldn't it? Samsung forking Android and eschewing Google's services and content once and for all. It would mark an entirely new chapter in a book called The Smartphone Wars which someone will inevitably write ten years from now. Aaron Sorkin could do the screenplay for the film adaptation. 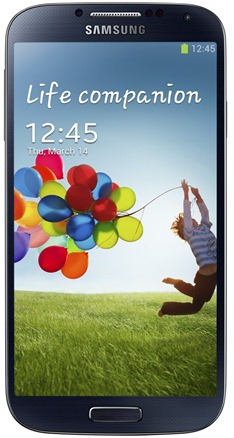 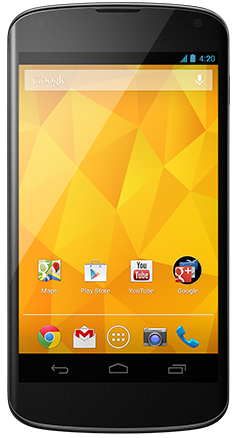 This storyline was already tumbling around in the heads of various critics and pundits when the Galaxy S4 landed yesterday, and Samsung made it relatively easy to read into that story even further. Offering app developers 100% of revenue (for a limited period) if they come to the Samsung Hub? Wait, Samsung has a content hub, and it's actually called a HUB!? Then, a translate app. Google has one of those, it can't be a coincidence!

The thing is, the "tables have turned" op-eds (like this one, this one, this one, this one, this one, and this one - take your pick, there are literally dozens) were waiting in the wings at this point regardless of what Samsung said. Short of announcing a bone-stock Android experience or bringing Sundar Pichai onstage for a handshake photo-op and peace treaty signing (heck, that might not even have worked), these predictions were coming. And that's because everyone knows that Samsung is by far the dominant Android handset maker, and that Google is actively working with Motorola to market a high-end, market-disrupting smartphone. It's simply a matter of synthesizing some drama between the two, because the conflict is already outlined. We know it's coming - Google will be competing with Samsung through Motorola later this year.

At this point, though, the wild tales of Samsung actively trying to remove Google's influence in its products are simply speculation. When you're not actually paying attention to the aspects of Android that Google holds the cards to, it might be easy to envision a future where Samsung 'forks' the platform and goes all Amazon on everyone and unveils S-OS. But let's not forget, Google does control some parts of Android that Samsung simply can't do without at this point, parts that it would lose if it decided to 'fork.'

Google's Cloud Messaging for Android service is a key part of one of Android's most beloved features: push notifications. While it's entirely possible to create a replacement for this service (as Amazon has), many Android developers heavily utilize the feature, and it's one that many users have simply come to expect. GCM is a part of Google's proprietary services, and as such, it doesn't work on devices that aren't Google-certified. Samsung could create a replacement, but that would require getting developers to use a new API (and, you know, making one), and then hoping it would work as well as Google's.

Forking Android would also forego access to Google apps outside of mobile browser modes - Maps (and thus turn-by-turn navigation), Gmail, Google+, Google Search / Now, Chrome, Drive, Talk, and numerous others. Again, some of these can be replaced. But even iOS has Google Maps and Chrome - and the former came to the platform after Apple's competing product practically started e-riots. And let's not forget - forkers don't get early access to Android, and that would put Samsung significantly behind on the software update curve.

Dropping Google at this point would be product suicide, plain and simple. Samsung couldn't do it if it wanted to, because it would greatly decrease the value and competitiveness of its products. Even JK Shin has basically said there's no change in the Samsung-Google dynamic.

We like Android and we plan to continue our good relations with Google. I don't think it's correct to say that there's friction.

There's also a rather key point everyone seems to be avoiding on this issue: what does Samsung lose by sticking with Google? Samsung is in the 'selling smartphones' business. Google's software and services - without question - help Samsung sell smartphones, if indirectly. It seems that in attempting to draw analogies to Apple's walled-garden approach, it's been entirely forgotten that Samsung reaps far more benefits by keeping Google and adding to that experience than it would by removing Google from the equation.

How much marketing thunder does Google steal from Samsung by being included in its Galaxy products? The answer is basically none. But Google adds tons of substantive value. The average person isn't going to buy a Galaxy S4 because it's Android, or because it's "Google," they're going to buy it because it's a Samsung and it's highly popular and friends, coworkers, family, and corny television ads will recommend it. But Google's apps and services are an integral part of the success of Samsung's smartphones, even if that's not how consumers think about it.

As easy as it is to humanize the 'conflict' between Google and Samsung, from a business standpoint it makes no sense for Samsung to drop Google. Samsung is able to get access to all of Google's wonderful services and products without using the word Google once in any of its advertising or official product announcements. No, Samsung doesn't mention Android at its big events - but really, who does anymore? Google doesn't highlight the word "Android" once on the main Play Store devices page. Its flagship Nexus commercial doesn't mention Android, either. Samsung isn't the only one neglecting the Android name.

Samsung has the best sort of tech partnership here - one that lets you take all of the credit! But there's nothing wrong with that. That's how Google envisioned the Android ecosystem working. Partners would build on top of the platform, combined with Google's services and content. Google gets more users, OEMs sell handsets and boost their brand image. Samsung just happens to have been very good at it.

But what about the Samsung Hub? Or S-Voice? Or S-Translate? Aren't those all competing with Google's products? Sure they are. But it's not like Samsung is playing 'hide the ball' here - Google Search / Now and the Play Store are still very prominent on Samsung's devices, and you still need a Google account if you really want all the apps, games, and services that make Android (and thus, your Galaxy phone) great. Sure, Samsung asks you to make a Samsung account when you activate a Galaxy phone, but I think that's far from having the ominous anti-Google implications everyone seems to think it does.

Let me put it this way - Samsung is far more interested in selling you a scale or a heart rate monitor than it is in getting you to use S-Voice instead of Google Voice Search. 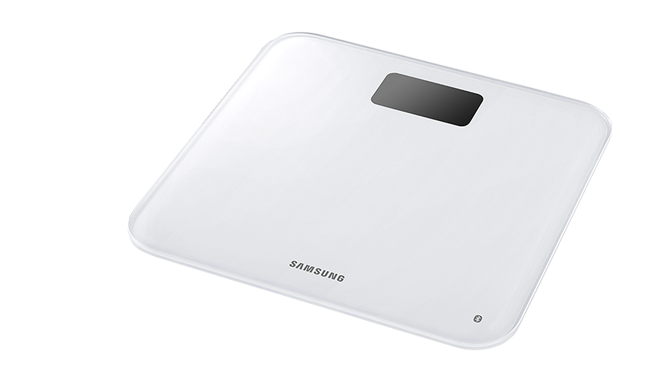 THE END IS NIGH

And some of these Samsung features people are using as talking points have been around for a while now - Samsung Hub is just a combination of Media Hub and Samsung Apps, products that have been around for years. Samsung's just reworking them into a central location. I honestly don't see how the Galaxy S4 has pushed any further away from Google than the S III or Note II did.

Samsung is simply hedging its bets in some areas should things go south with Google (which I'm not denying as a possibility), and working on developing its own strong software suite, to improve its products. Is there actually anything so devious about that? I'd argue it's a good thing - a little competition keeps the industry on its toes. But I think anyone suggesting that this is the 'beginning of the end' for the Samsung-Google love affair is reading too far into a handful of apk files and an hour of cheesy skits.

Verizon Approves Update 9.16.6 For The RAZR HD And MAXX HD, Lots Of Bug Fixes And Improvements ...