Back in 2008, a little game called The Conduit landed on the Wii, and plenty of gamers held it as an example that the console's non-standard control system was up to the twitchy task of first-person shooter gameplay. The Conduit HD is now available for Android as well, hoping to prove not only that the platform is viable for high-end gaming, but that the hardware is also capable of replicating console visuals.

At the moment, the game is only available for Tegra 2 and 3 devices, and the free download requires a $4.99 in-app purchase (or two easy payments of $2.99!) to unlock the full game.

The story behind The Conduit HD is a relatively familiar one: aliens invade Washington DC, and it's your job to repel them with a mix of extraterrestrial tech and good old-fashioned American lead. There's also some interesting gameplay components like the omnipotent All Seeing Eye, which reveals hidden objects and secret areas across the nine missions. But the real draw, as in the original, is high-end graphics and customizable controls. The former will depend on your hardware (with Tegra 3 obviously taking pride of place) but the latter applies to everyone: on-screen controls can be tweaked to your liking. There's also support for the Gamestop Bluetooth controller, and hopefully a few more to boot.

Five bucks for a game that commanded $50 just four short years ago is commendable, and while The Conduit didn't set the world on fire, it managed to secure more than its fair share of fans. If you're rocking NVIDIA hardware, it's worth a shot. 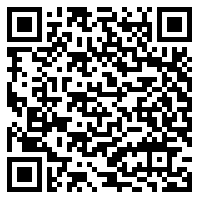 Samsung: Galaxy S III, Probably Note II And Others Will Be Updated With Many S4 Features