Glu Mobile isn't exactly my favorite developer - their in-app purchase / free to play business model ensures that - but there's no denying they've got a lot of talent going into their games. Heroes of Destiny is their latest title on Android - an action RPG of the generic-fantasy-world variety. The visuals aren't spectacular, but they'll by no means disappoint your average mobile gamer, and since this is a Glu game, you can expect near-endless content to trudge through in an attempt to extract precious currency from your bank account.

Gameplay looks to be a rather conspicuous 3D take on the highly popular iOS and Android title Battleheart by Mika Mobile, a game which has since been abandoned on the Play Store.

While early reviews have Heroes of Destiny pegged at an impressive 4.4 star rating, there are already numerous mentions of the in-app purchase situation becoming unavoidable without impractical amounts of grinding fairly early in the game. Still, if only to play it for a few hours, Heroes of Destiny may be worth checking out if you're bored and need something to pass the time. It looks nice, and has copied from the mechanics of a very successful game, so the fun factor should definitely be there.

Head to the Play Store to get it now. 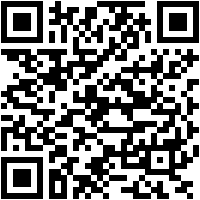 If You're Still Using The Amazon Appstore, Osmos HD Is Free Today (Normally $2.99)