If you were to look through the back catalog of console games circa 2009, you might be surprised to find a game called Mini Ninjas getting a disproportionate amount of press. It was a fun little title that mixed kid-friendly themes and Japanese mythology with solid stealth and combat gameplay. If you're hoping for a return to sneaking around Edo castles and facing off against gigantic bosses, too bad, because publisher Square has re-used the name and assets for an otherwise unremarkable endless runner game. 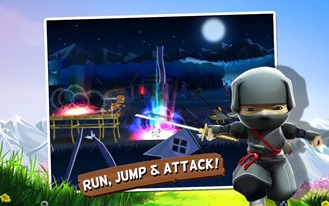 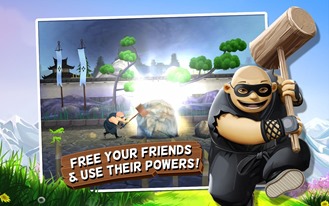 To be fair, it's a pretty good runner, considering just how many have flooded the market as of late. The charming graphics and switchable characters from the full game remain,m with the standard tropes of jumping around and attacking enemies. Some ninja-specific moves like wall running help flesh out the experience, and you'll have to perform various tasks to run up against tougher enemies. The separate characters can get customized outfits as your progress. 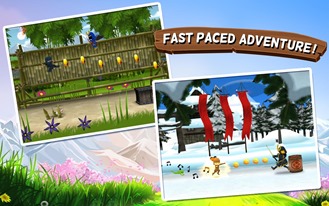 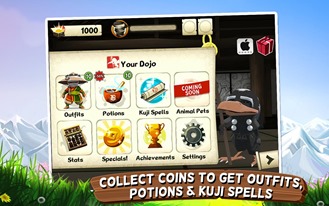 While I still wish the original Mini Ninjas could get a full Android release (after all, high-end mobile hardware could handle it without blinking) this'll do for now. Mini Ninjas is a free download, with a timed demo mode and a reasonable in-app purchase of $2.58 for the full game.

UPDATE: It looks like there are additional and frequent in-app purchases that I missed on my demo run. Bad cess, Square - PC gamers, I'd recommend the original on Steam, which goes on sale from time to time.