Most of you will be familiar with Real Boxing after following the coverage on NVIDIA's Project Shield, in which the iOS pilgrim was heavily featured. While you'll have to wait a few more months to get a hold of NVIDIA's gaming hardware, the boxing game is available today on Google Play. $4.99 will get you what's easily one of the most graphically intensive titles on Android, though you'll need to be rocking a Tegra-powered device to see them.

Real Boxing strives for realism in every aspect of gameplay, starting you off as a rookie boxer trying to work through the ranks. Players can customize their avatar, then train him up in a series of minigames. Career mode consists of 30 fights with the compulsory glitz and glamour, including "live" commentary. At present, there's no multiplayer mode.

The actual fights seem to be inspired more by the likes of Blood and Glory than previous boxing games, since there's no option to move in or out, just contextual punches, blocks, and dodges. You'll have to manage both your fighter's health and stamina, and as with similar games, timing your attack and defense is crucial to win.

Tegra 2 owners can download the $5 game, but they won't get to see the gee-whiz graphics that have made the game a hit over on iOS. Tegra 3 enhancements includes more detailed textures and fighters with higher polygon counts, plus some impressive lighting effects and true depth of field. According to the developer, there will be even better visuals once Shield and other Tegra 4 devices hit the market. 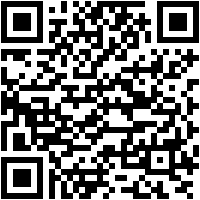