Are your nightmares set on a thin path bordered by trees? Do your thumbs reflexively swipe left or right before turning down a hallway? Do you fear flying monkeys? If you've answered 'yes' to any those questions, you might have Temple Run Syndrome. If your symptoms are not too severe, try out Catcha Catcha Aliens! for something a little different.

Players are set loose to help fend off otherworldly creatures that are causing distress for the locals. The aliens are making a run for it, attempting to avoid your trusty N.E.T. (Nuclear Entrapment Thingamabob). Gameplay is similar to other over-the-shoulder endless runners, relying on gestures and the accelerometer to control movement. To capture the cosmic invaders, you must simply catch up to them and allow your net to do the work, but be careful not to entrap the natives. 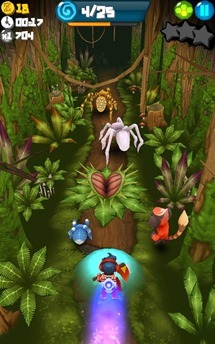 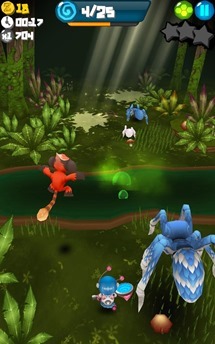 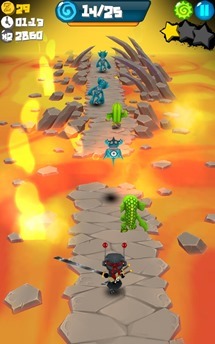 Catcha Catcha Aliens! is not an endless runner like its inspiration, Temple Run. Each stage has a minimum number of creatures to catch, but the run can end anytime after the requirement has been met. Extra tasks are associated with each level and give out rewards for completion. To complete these side missions, you will be asked to do anything from capturing 10 blue spiders in a row to playing a map after 6pm. It all serves to keep the game from getting stale.

Everything is presented with a light-hearted sense of humor. Stephen Fry and Jonathan Ross provide voiceovers, setting the stage by mocking your failures and complimenting your successes. An eclectic mix of old techno riffs and surf rock make up the background music for menus and gameplay. It may be odd, but it works quite well.

Nabbing aliens will net Zhillings that can be spent on gadgets and outfits for your character. As they say, "We're not doing this for the LOLz" - there are in-app payments stashed away on the last tab of the store. It seems that more developers are getting the hint, none of the IAPs are necessary for success in the game, they just make it possible to unlock maps instantly or purchase extra gear.

Overall, Catcha Catcha Aliens! is a really good take on the Temple Run style and it does a great job of interleaving comedy throughout. The title is free in the Play Store, so hit the widget to give it a shot. 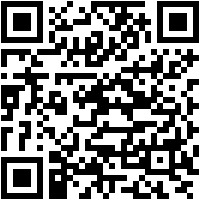