Update: One of our commenters, Dan, actually spoke to Amanita on Facebook, and they explained the whole situation. Tl;dr - the old Hothead version will receive updates. Here's the full answer, which confirms some of our suspicions about the falling out:

hi, we had to republished Machinarium for Android because the older version was published by Canadian publisher Hothead Games. the collaboration wasn't ideal so we agreed to end it and publish the game again ourselves. unfortunately it's not possible to change the publisher of the existing app so the older app was unpublished and we could publish the brand new app. the old app is still available for all who bought it so you don't need to worry about it... it's easy to update also the older version but it has to be done by our former Android publisher Hothead Games. we will send them all future updates. [SIC]

It seems that publisher Hothead Games and Machinarium developer Amanita Design have had a falling out of late, resulting in the termination of a Play Store distribution partnership between the two companies.

Hothead Games was originally contracted to distribute the highly-awarded indie title Machinarium on Android, but recently, a new listing for the game under developer Amanita's name appeared on the Play Store. The old Hothead listing has since been removed. 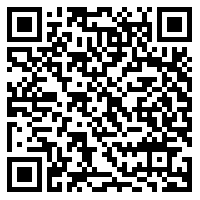 What happened? Amanita and Hothead haven't commented, but my guess is that Amanita wasn't happy with the way Hothead was maintaining the game (or hey, maybe it was vice versa). It was a full 8 months before the Hothead version of the title was updated to support the Nexus 7 - an event that transpired less than two weeks ago. Then, the listing disappeared, and the new version under Amanita's name (and a different pname in the Play Store) was published, priced a dollar higher.

This means if you purchased the Hothead version, you're out of luck on receiving future updates. You'll still be able to re-download the game, though - so at least that's not a concern. Regardless, this is an unfortunate turn of events, and while we're still not sure exactly what went down, one can only hope it was a compelling enough reason to justify putting an end to future updates for those who already bought the game.