Note: At the time of this writing, both the iOS and Windows 8 versions were still in development, though they should be coming soon.

I went ahead and installed it on 3 of my Android devices, intrigued by the proposition. Here's where things went downhill fast.

The first warning sign was the presence of two apps in the Play Store, with the exact same description. The only difference between them is one has the letter M at the end. There's no explanation for having two separate apps and no indication of which one I needed to use. As it turns out, RemotePlay works on tablets, while RemotePlayM is meant for mobile phones. Why such a distinction is needed in a 1.6-1.8MB app is beyond me - Android allows for targeting tablets and phones alike in a single apk.

Moving past this first annoyance, I quickly ran into another one after being greeted by the following screen: 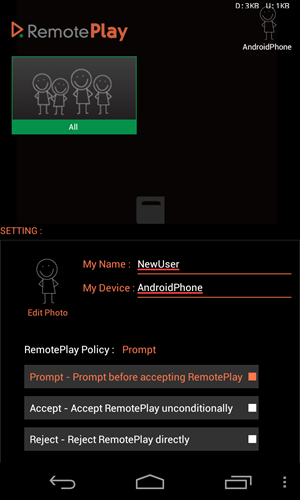 Can you guess what's going on here? How do you save the settings? Why is there a weird barely-visible gray pull tab in the middle of the screen? You're actually looking at the settings pull-up, which shows up by default upon first run. These settings won't save until you very specifically press the Enter button at the end of each entry. No other app in existence that I know of uses such a ridiculous paradigm.

And the pull tab - more often than not when trying to pull up on it, I ended up opening Google Search because the gesture is essentially the same, with the starting position being directly below the tab. Argh. But hey - once I figured all this out, I was able to proceed just fine.

Connecting Devices To A Peer-To-Peer Network

In a few minutes, I connected all three devices. I have to commend the developers here - the list updated almost instantly, including any name and device changes, and devices going off- and on-line. Here's what the screen looked like now: 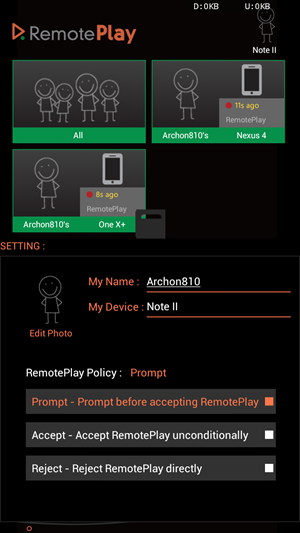 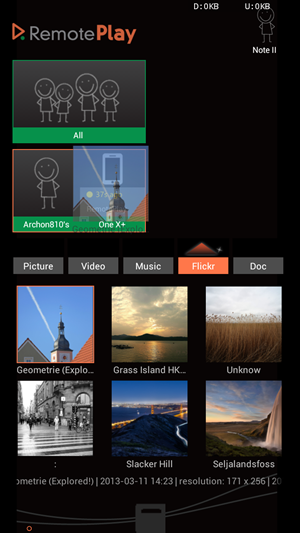 Clicking on the Video tab for the first time crashed the app. I tried on two devices, and both crashed. Upon subsequent restarts, this no longer happened. But if I scrolled through the image list long enough, I'd also get a crash. Overall, I think the app leaks a ton of memory and eventually runs out of it. Get used to seeing this: 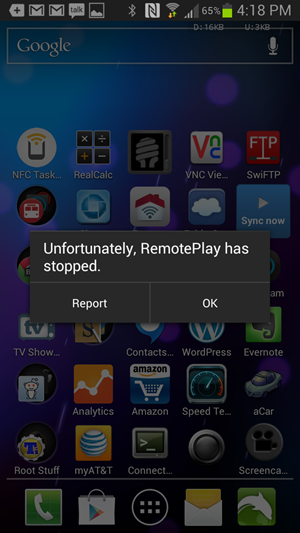 Alright, moving on. Sweet - now you just drag and drop a video, picture, song, or document to the device you want to play it on (or the special All box), and it starts playing remotely. The drag-and-drop part is great, though the whole UI is quite choppy and laggy while dragging or swiping. List scrolling isn't implemented correctly, so as you scroll, wrong (old) thumbnails are shown while new ones are being generated (I'm painfully familiar with why this happens as a developer, but it's Android Development 101, which any respectable dev should know how to fix). If streaming worked great, I would let everything else slide. But, unfortunately, this was actually the worst part.

Video streaming, which I'd call RemotePlay's main feature, simply doesn't work, even through my 802.11n network powered by a decent Cisco router. Most of the time, you'd be staring either at a black screen or at a frozen still. The video on the originating device would pause, jump around the timeline, and reset to 0:00 randomly. The audio levels also sync through, so there's no way to mute, say, your phone while your tablet is playing - a fatal flaw when trying to stream in relatively close proximity.

To put it simply - video streaming is terribly broken and unusable.

Moreover, playback simply dies, and the device goes offline in the RemotePlay list when the screen times out. Yes, it's this bad. 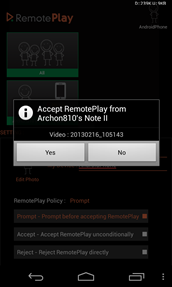 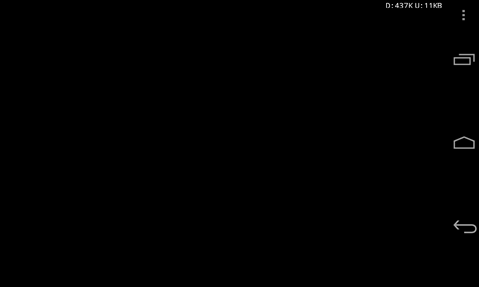 Let's check out picture sharing, shall we? Wait, all I get is a tiny thumbnail? I can't download it, zoom, or do anything at all with it. See that menu button on the bottom right? It actually doesn't exist - pressing it does absolutely nothing. 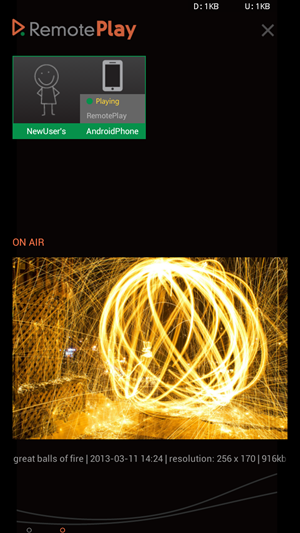 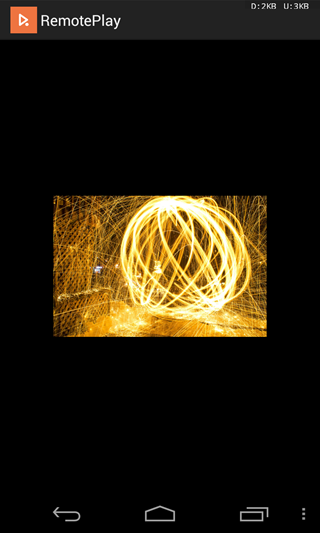 Music sharing worked, but the same random pausing, terrible lag, and inability to control volume independently persisted here. You can only queue up and play one song at a time, which makes the whole feature pretty much useless.

Another obvious omission in the long list of disappointments is the lack of customization. You can't select any custom locations for videos, pictures, music, or anything else, and everything is presented in a flat list. Got pictures nicely organized into various folders? Not RemotePlay's concern.

How Does RemotePlay Make Money?

Since none of this is explained in the app's description or the press release, I wanted to figure out how the company plans to make money. As it turns out, according to GigaOm, the free apps are supposed to be showing ads, but aren't doing so for three months (it's unclear whether this means three months starting from the app's release date or the local installation date). Unlocking the premium versions would then cost $1.99 (this helps explain why there are two Android apps - if you want no ads on tablets and phones, you'd have to pay double).

Now, I completely understand the need for applications to make money and don't expect an app in this field to be free, but this kind of disingenuousness left a bad taste in my mouth. If you're planning to show me ads later and charge for removing them, I should know about it before installing your app, not three months later.

RemotePlay is a very ambitious project for cross-device media streaming, but only in theory. In reality, however, it is completely unusable. It constantly crashes, has a laggy UI, and, most importantly, fails to deliver on any of its main features. I tried to like it, I really did, but it needs so much work that I doubt it'll become worthy of a second look before 2014, if ever.

The app and the site were either created by inexperienced developers or rushed (or both), probably to make the announcement in time for South by Southwest. I would not recommend RemotePlay to anyone at this point, though if you want to try it out and report some bugs, you're more than welcome to do so.