The international rollout continues as Google has announced that the Nexus 7 is now on sale in South Korea. This marks the ninth country the tablet can be purchased in and the widest availability of any Play Store hardware to date. The first runner up is the Nexus 10 with a whopping 8 countries. 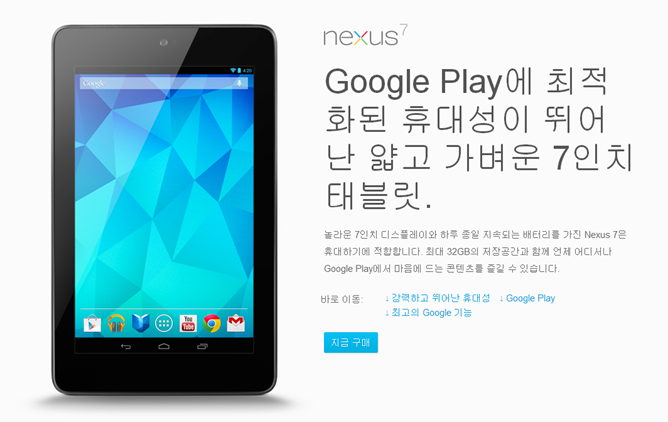 The Nexus 4, however, wants to catch up in that list with a possible Japanese launch. We've previously heard reports that the handset had already appeared, but multiple Japan residents have confirmed to us the phone is not actually on sale yet. This is corroborated by the statement "This product is not for sale at this time" (translated) on the actual product page. The presence of said page at all, though, may indicate it's coming soon.

This is just yet another instance of Google's aggressive international expansion. It seems we can't go a week without some new service or device showing up in a country it hasn't been before. It may take a while for Mountain View to take over the world, but it's clearly not for a lack of trying.

[New Game] Bladeslinger Does Demonic Battle On Your Android Device, But Compatibility Is Limited