It's no secret that Handy Apps puts out some useful and, well... handy, apps. Need a way to keep your passwords locked up tight? Look no further than PassWallet. Or maybe a powerful, yet functional to-do list is what you're after – check out Tasks N Todos. Maybe there's some pictures or videos you want to keep away from prying eyes. No worries – Photo Locker or Video Locker should do the trick.

Unfortunately, Justin didn't respond to our multiple contact attempts, so another winner has been chosen!

Along those same lines, maybe there are certain apps that you'd prefer to keep private. We all have those occasions when someone asks to look at our phone (or tablet), and let's be honest – some people just don't know what's appropriate and what's not (I'm looking at you, guy who thinks it's OK to open GMail or Messages). For those situations, Handy Apps has you covered with yet another great app – say hello to App Locker.

Like its name suggests, App Locker makes user-defined apps inaccessible to anyone aside from you. There are two ways it goes about this: by either causing a "fake crash" or simply requesting a PIN. Alternatively, you can have it do both. The crash dialog is actually really clever – once it pops up, simply tap the text area three times to launch the app. The PIN option is pretty self-explanatory: the app requests a PIN before it launches.

While the free version of App Locker offers all these features, there is also a $2 Pro version that allows the app itself to be hidden from the tray and launched by entering a specific code into the dialer. Alternatively, the code can be entered into a calculator widget that's bundled with the app. 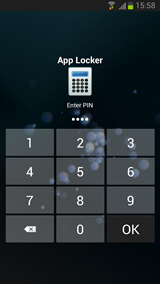 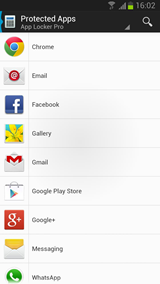 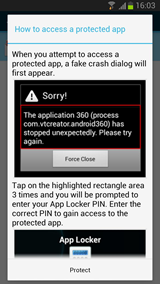 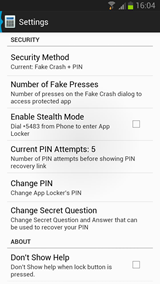 As an added bonus, both versions of the app include a bulk uninstaller. Handy. 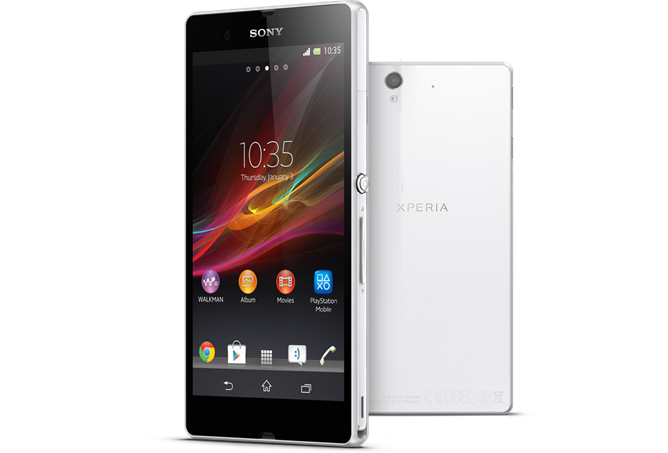 To celebrate the launch of this new app, Handy Apps has offered up a brand-new Sony Xperia Z to let us give away. For those who may not be up-to-date on Sony's new flagship, here's a look at what it has to offer:

Yeah, it's a monster. Here's how to enter:

The giveaway begins now and will run until Friday, March 15th at 12:00AM PST (midnight). At that time, we'll randomly pick a winner. Good luck!