Wild West stories are alright, but you can only rob so many stagecoaches before things become boring. Developer Kerosene Games is refreshing this classic trope by adding a little horror and steampunk to the mix in Bladeslinger. This game is finally available on Android, but most devices aren't supported yet.

Bladeslinger is the masterfully-told story of general-purpose badass William Glaston. After returning to his home town of Hammer's Peak, he finds the place overrun with demons and monsters. Not one to back down, Glaston decides to show the ancient evil who's boss. You control the slashing and shooting action with touch gestures across multiple expansive 3D environments. Ancient evil? Psh. More like ancient history. The combat at least looks very compelling. 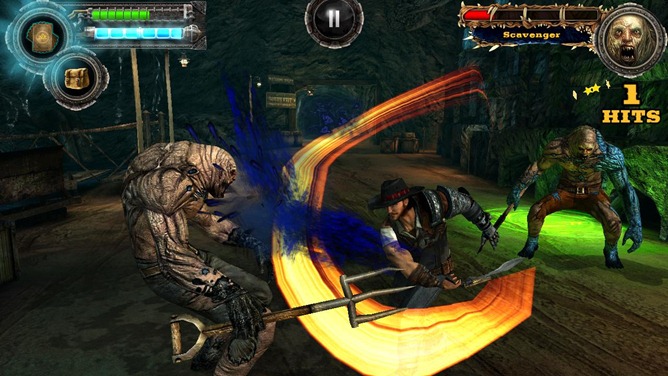 Kerosene Games lists Bladeslinger as Tegra-enhanced and compatible with Android devices equipped with 512MB or more of RAM. However, the only devices we're seeing as compatible at this time are Tegra-based. It is possible that more phones and tablets will be added later. In any case, Tegra devices will have special lighting and reflection effects. It's big, too – 411MB to be exact. If you're interested in a stylish action-adventure game, Bladeslinger is $2.99 in the Play Store. Uber's New Android App Update Is Absolutely Beautiful, Refuses To Be A Slave To 'Design Guidelines'

Nexus 7 Arrives In The Play Store In South Korea, Nexus 4 May Be Launching In Japan Soon