Hey, are you a DIRECTV customer? Do you own an Android tablet? Then I might have some good news for you: DIRECTV just released an app for tablets, and it does all sorts of awesome stuff. You can watch live TV (only some channels!) on your home network, and some (read: fewer) channels from anywhere with an internet connection. You can browse listings, set and control your DVR, and even change the channel on your set top box - this really is an app absolutely busting at the seams with great features. 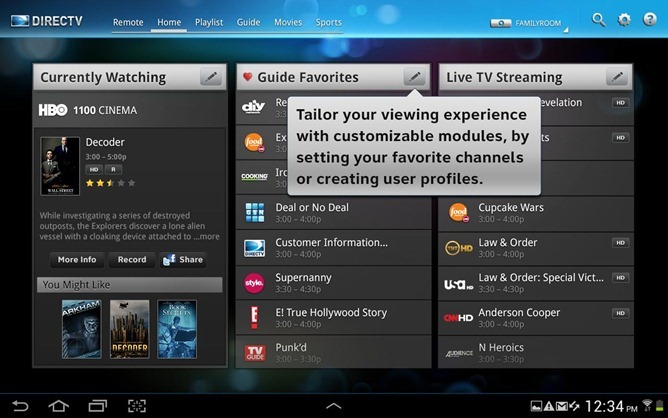 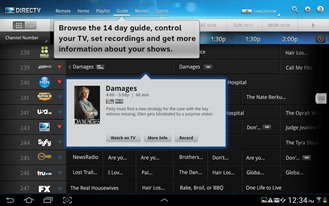 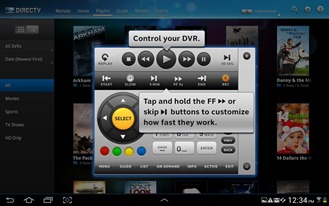 However, DIRECTV has thought it wise to make this app unavailable to 7" tablets (at least for now). So, if you happen to have, say, a Nexus 7, you can't use it... and that seems rather shortsighted on DIRECTV's part. We have checked compatibility for a few other devices, and it seems like the app supports the gamut of popular 10" slates - Nexus 10, XOOM, Galaxy Tab 10.1, and Transformer Prime / Pad Infinity all appear as compatible. If you have a 7" device, you can use DIRECTV's normal app, but that looks really, really terrible by comparison. Maybe it'll get an equivalent update soon, though.

The new tablet app also has the requisite hardware and various other requirements, so be sure to take a look at those.

You can head over to the Play Store to get the new tablet format app now.