In a post to its official blog today, the team behind Chameleon Launcher announced version 2.0, which simultaneously hit the Play Store. The update, which is – for now – only available to Kickstarter backers and pre-order customers, brings a handful of popularly requested features. Perhaps the biggest of these is optimization for the small screen. Yes, Chameleon is now specifically optimized to work on your smartphone as well as it does on your tablet.

As part of the optimization (which supports screen resolutions of 720x1280 and up), Chameleon has gained the ability to hold multiple home screens in each context. While the number of screens is limited to three, that is undoubtedly better than the one-screen limit held by previous versions.

Home screen widgets have also gotten some love. Widgets now have a "new, bolder" header with a handy overflow button that houses options for expanded functionality. The calendar widget (which requires an add-in), for example, has an overflow button that will allow users to add events directly with one tap. While no new widgets have been introduced in this release, Chameleon points readers to chameleonwidgets.com, a site for community-built widgets. 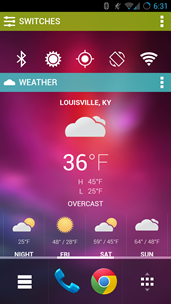 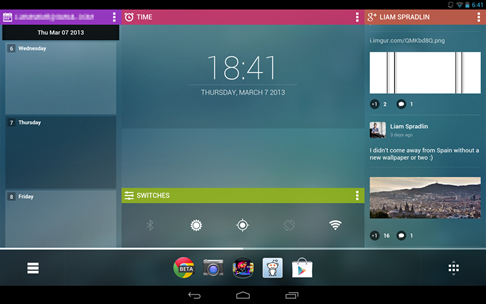 Those of you who weren't backers or pre-order customers need not worry – Chameleon indicates the 2.0 release will only be in beta for "a couple weeks," after which normal Play Store customers will get access. To see the full post, just click below.

Uber's New Android App Update Is Absolutely Beautiful, Refuses To Be A Slave To 'Design Guidelines'