Well, we're little more than a week away from Samsung's Galaxy S IV Unpacked event in New York. You know what that means: rumors, leaks, and the like are all starting to pour in like mad. This go around we're seeing supposed screenshots from the U.S. version of the GSIV, which showed up on GSM.Israel.co.il. Sure, it's a curious place for a U.S. device to make its debut, but the shots are convincing nonetheless. 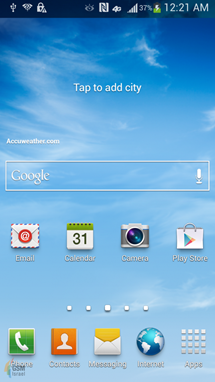 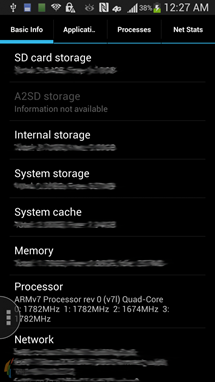 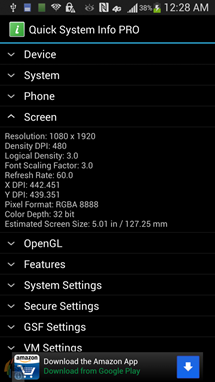 As you can see, this confirms a few things right out of the gate: a 5-inch 1080p display and 1.8GHz quad-core chip. Past that, all other pertinent information has been blurred, so at least next week still holds some surprises. For now.

Aside from these few hardware specs, we also get a quick look at Nature UX 2.0, which offers a tabbed settings menu. Confirmation of a couple new Smart features are also along for the ride, such as the previously suggested Smart Scroll and Smart Pause. 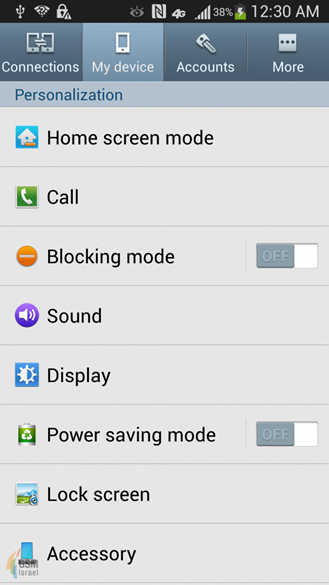 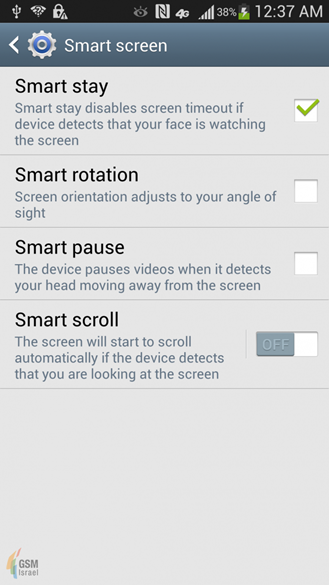 Finally, a peek at the camera settings shows off the device's 13MP rear shooter. Not much more to say about that – it's more megapixels than before. Kind of expected, right? 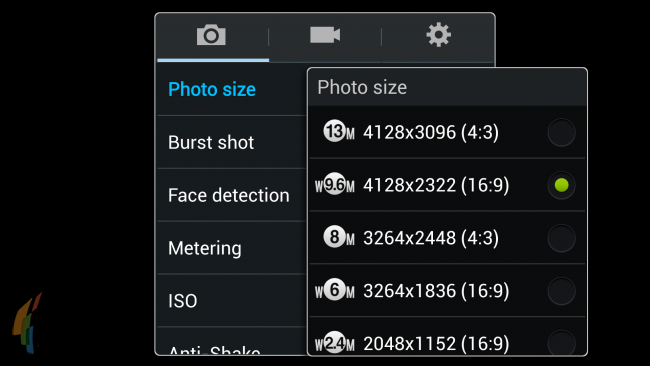 While these shots are rather convincing and we've no real reason to think they're not completely legit, this is still a leak. That means it could be completely bogus; as such, take it with a grain of salt until we get official confirmation from Samsung on March 14th. Not too much longer.