If you've been patiently waiting for the sequel to popular top-down shooter Gun Bros, the wait is over. After teasing the release, Glu Mobile posted the game on the Play Store earlier today, giving Android the closest thing it's going to get to Gears of War for the foreseeable future. It's a free download, compatible with Android 2.1 and up, though the more advanced 3D graphics mean that older devices may struggle to run it smoothly.

Aside from the over-the-top wackiness that's permeated the previous games and spinoffs, the big draw for the sequel is built-in multiplayer. The guns themselves het an overhaul, with a triple-modification system and plenty of new weapons. Armor has a more active role in the sequel, with more loot drops and customizable appearances. There's also enormous boss battles, tanks and other vehicles, and a selection of new and basically indistinguishable characters to play as.

Of course, it's a Glu game, so that means you'll be inundated with pushes towards in-app purchases. Even so, it's possible to play without them, and plenty of gamers will tolerate the Glu Grind to do just that. Get after it. 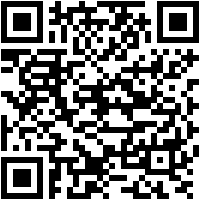 Real Racing 3 Review: There Is A Good Game In Here Somewhere