Just a few days ago, we saw a hint that Google might be ready to expand its gift card program to the UK. Today, our suspicions are confirmed as the cards have started showing up at the distinctly British Tesco grocery stores. So far the only denominations confirmed are £10 and £25, though the support pages indicate that there are some £50 vouchers running around out there somewhere. 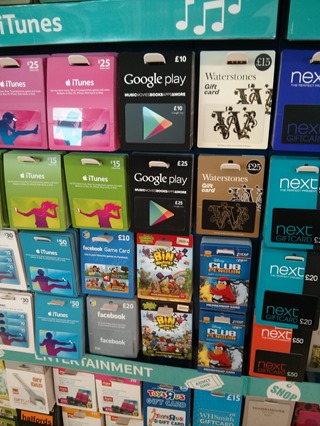 So far, Google has only seen fit to launch gift cards in the US and the UK. Hopefully the program will expand into more countries this year as there is plenty of demand. The international rollout of services has been pretty impressive with a number of regions being added to a variety of services in the last year. Given that the Play Store is still technically less than a year old, it's hard not to be a little impressed. Still, Google's got an uphill battle ahead of it.