Personally, I'm fine without the flip cover, and I can do without the dock, but having owned Samsung's sleeve for the original Galaxy Tab 10.1, I wanted to find some sort of stylish carrier for my slick new 10" tablet. I soon arrived at SFBags.com, home of a great variety of cases, sleeves, and carriers for all sorts of devices, including the Nexus 7 and Nexus 10. The folks at Waterfield were nice enough to let me try out two cases, each worthy of looking at separately. We'll start with the Smart Case, a slim yet practical entry to the Nexus 10 case lineup. 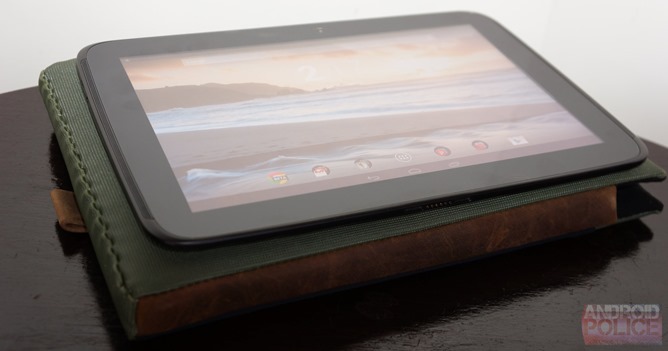 The case is available in green, flame, copper, pine, pearl, and black color variants. For this review, we'll take a look at the pine option.

The first thing you'll notice about the Smart Case is that it looks substantial yet extremely soft. On both broad sides, the case is covered in pleasingly textural fabric. On each narrow side is a slim leather panel, and on the back is a handy nylon pocket/sleeve for toting around tiny notebooks and other sundries.

There's also a leather loop at the bottom of the case to hold a stylus. Personally, I don't use a stylus with the Nexus 10. If I did, I'd likely have some reservations about keeping it stored out in the open, and would be more likely to tuck it into the case's nylon pocket. 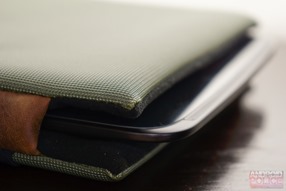 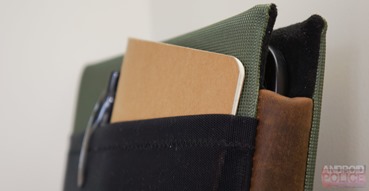 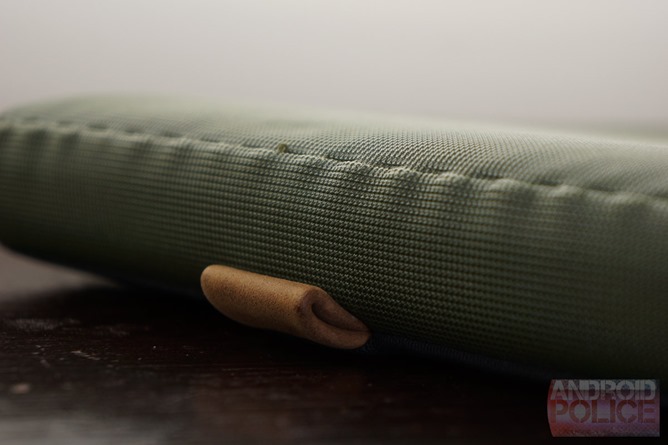 The insides (on all color variants) are plush black fabric that's soft and squishy with a "high impact rigid insert" deep inside that allows the case to hold form and protect your tablet. Sliding the Nexus 10 into the case is much easier than slimmer alternatives, due in part to its plush interior, and in part to its ample interior space. That said, the case isn't too loose.

The Smart Case feels slightly hefty. That's not to say that its size is overbearing – in fact its large size could be considered an advantage. Compared to its thinner counterparts, the case gives the impression that your device is well-protected while still being readily accessible. You'll just need a sliver of extra room in your bag to carry this thing around.

If I might use poetic license, I'd say that the Smart Case feels like it's giving the Nexus 10 a warm hug. 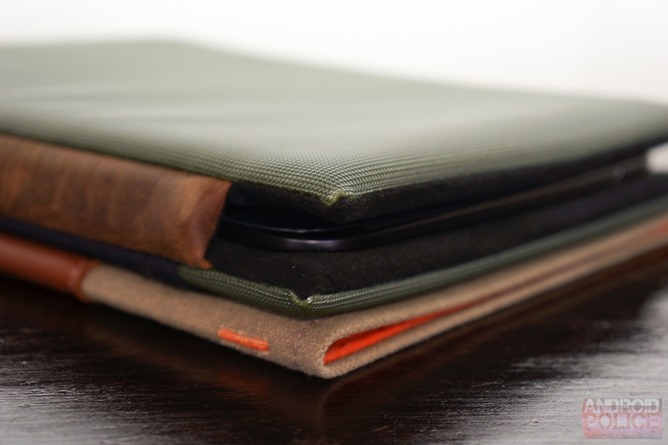 Pictured with the Dodo Durables sleeve for Nexus 10

Though it has a soft, plush interior that allows for easy insertion of the Nexus 10, the case keeps the tablet in. Even actively shaking the case, in my experience, failed to break the tablet from the Smart Case's embrace.

Is It Worth Sixty Dollars? 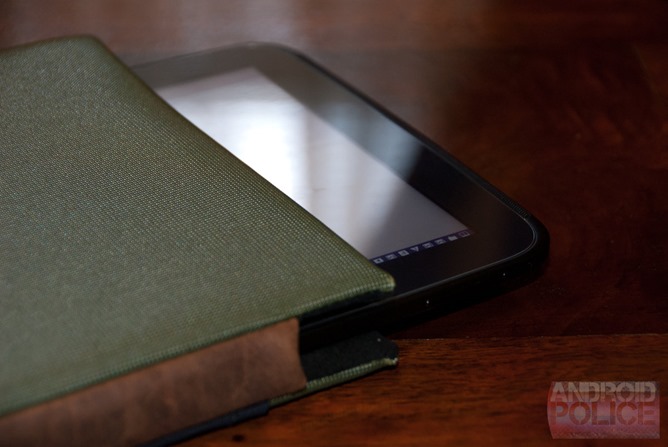 The real question with the Smart Case, as with almost any mobile accessory, is whether it's worth the price. The case rings in at $60, which may be on the high end for some buyers. Is it worth the price? That's a tough call. The case is solid, well-made, and looks nice. It keeps the Nexus 10 comfortable and safe. That said, it's a little bulkier than some of the alternatives, and takes up a good chunk of space. If you don't mind its thickness, Waterfield's Smart Case is a great choice. To get one of your own, just hit the link below.