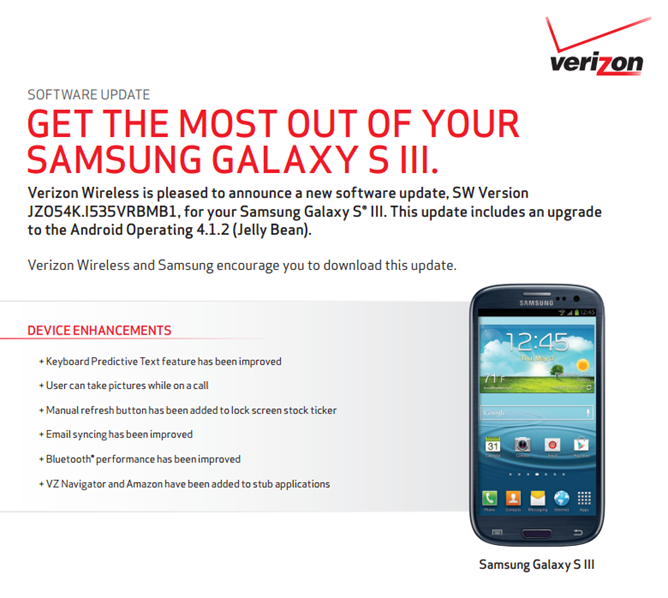 Additionally, the update will bring a few minor tweaks such as adding a refresh button to the lock screen stock ticker (try saying that three times fast), better email syncing and improved Bluetooth performance. Oh and I hope you like bloatware, because now VZ Navigator and Amazon are "stub applications." Woo.

There's no word yet on whether this also included the Premium Suite that brings multi-window support (among other features), but given that the documents don't specifically mention it, we wouldn't suggest getting your hopes up.