Update (3/5/13): The latest update to Stitcher Radio (3.0.1) has added back the much-needed homescreen widget with playback controls.

Popular talk radio app Stitcher received a doozy of an update this morning - it's now sporting a brand-new UI, significant streaming and stability enhancements, and rich notifications on Android 4.1+. 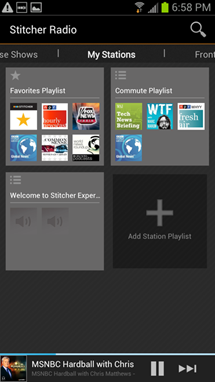 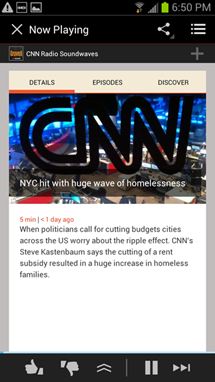 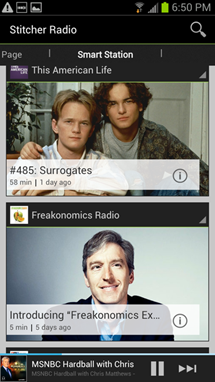 The new version brings Stitcher into line with some of the more modern Android app design paradigms, including the adoption of an action bar, tabs, and a generally more holo UI. You can get the update on the Play Store right now.