Readers would be forgiven for not remembering exactly what Open Garden is, or why it's interesting – we last covered the app in its beta stage.

Basically, the idea behind Open Garden is to create ubiquitous internet access by linking various smart devices together and sharing a common internet connection in a mesh network. For example, if your smartphone is connected to the internet, Open Garden would allow you to create a mesh network to which your tablet, another phone, a PC, or all of the above could connect.

Open Garden's 2.0 update is said to be a total software rewrite, offering even more "efficient, powerful, and consistent mobile Internet connections" than the original.

Otherwise, Open Garden is functionally the same, automatically connecting devices when users need access, and working to ensure the best possible connectivity available. Those interested can read the full press release, or grab the app below.

LAUNCH, San Francisco, CA — March 4, 2013 – How many times have you been stuck with no Internet or a slow mobile connection? Open Garden, the startup crowdsourcing Internet Access, today rolled out a completely new release of its groundbreaking software application that distributes mobile Wi-Fi access anywhere, anytime.  Open Garden version 2.0 leverages multiple devices and Wi-Fi connections and uses all available Internet signals at the same time to deliver efficient, powerful and consistent mobile Internet connections. Open Garden works behind the scenes and joins all available Internet off-ramps, regardless of whether they are Wi-Fi hotspots or 4G base stations.
“Open Garden version 2.0 improves connections across all devices to provide enough bandwidth for data intensive downloads, like video, which accounts for approximately 50% of the traffic on mobile networks,” said Micha Benoliel, co-founder and CEO, Open Garden. “Version 1.0 of our apps have reached over 2.1 million installs. With version 2.0, we start to address the community aspect of our vision: this means that the more people are joining the Open Garden network, the better connectivity you can achieve.”
Mobile devices with Open Garden version 2.0 installed interconnect seamlessly which allows people to connect any supported device to the Open Garden wireless mesh and hence to the Internet with no effort or configuration. No buttons, no pairing, no manual discoverability. The software automatically chooses the best way to connect to and deliver the best available Internet access.
Cost and Availability:
Open Garden version 2.0 is immediately available free of charge in Google Play. Anyone can download Open Garden for Android, Mac, and Windows at http://opengarden.com. 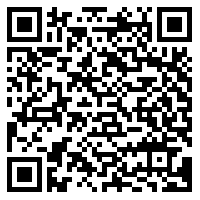 Photoshop Touch For Phone Review: Worth The Price, Even If You've Already Paid It