There was one black spot on our mostly favorable review of the Pebble smartwatch: the music control app just didn't work on some phones. As stated in the review, that's probably got more to do with the phone in question than Pebble's software, since it worked just fine on two separate Nexus devices. Even so, the people at Pebble have been listening, and the latest update to the official app includes a music player selection feature. It will scan your device for music apps and let you choose which one your watch will default to. 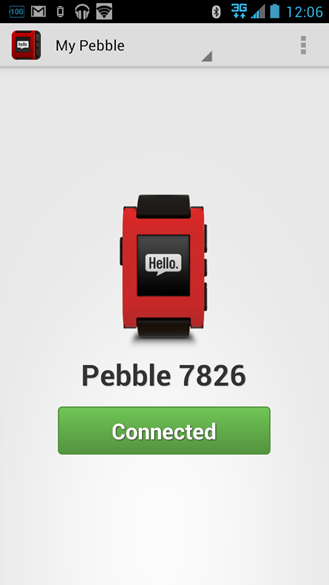 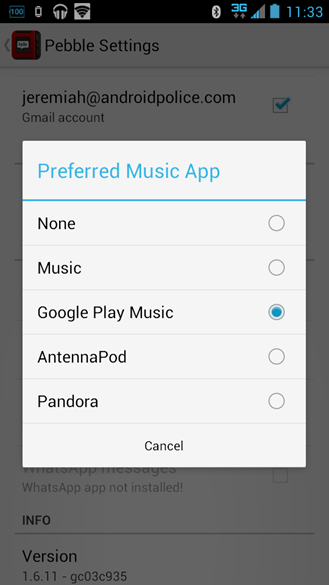 After trying out the update on my DROID RAZR M (which, again, would only display track information on the Pebble and not control it) the Music app on the Pebble works great. Only the Google Music app will remotely display without outside apps like the Pebble Notifier, but the Bluetooth A2DP controls seem to work with everything. Since this is the only function of the Pebble that directly controls instead of notifies, it's good to see that they're paying attention to it.

Other changes include a more urgent Accessibility service message and standard bug fixes. As far as I can tell, it hasn't broken functionality with any of the third party apps we've reported on thus far.

Google's CFO Says New Moto Products Not ''Wow' By Google Standards' After Being Injected With ...