Do not freak out. Yes, a big green icon has magically popped up in your app drawer; no, it isn't bad; and yes, it is pretty much useless.

If you caught the announcement of Google Play Services 3.0, aka "Google+ Sign-In," you're already halfway up to speed on this. Google Play Services is an APK that many of Google's apps rely on to hook into Google+ and, just like the Play Store, Google has the ability to silently update it. Recently, they started rolling out an update for it, and along with a bunch of new app integration stuff, it came packing this superfluous "Google Settings" app.

If you don't have the update yet and want to join in on the fun, you can manually update by clicking right here. 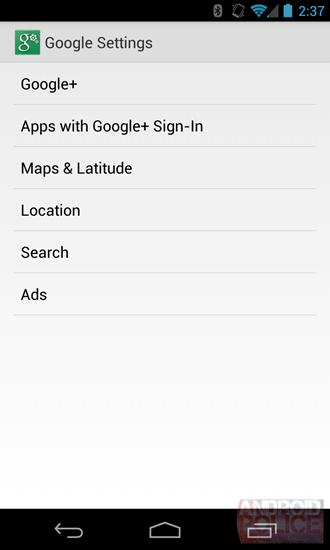 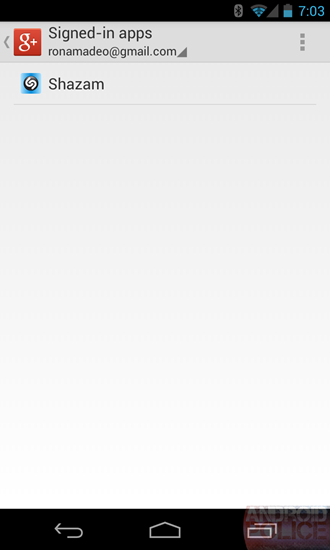 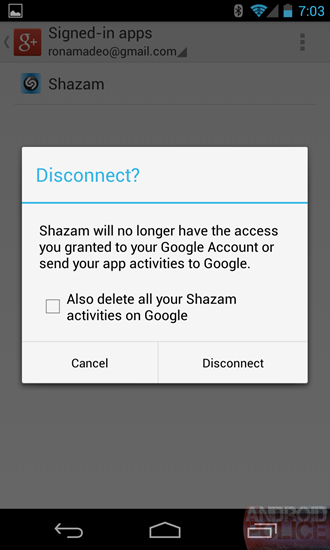 The only thing new in this list is "Apps with Google+ Sign-In." This will let you manage apps that plug in to G+ and spam share app activities to your stream. Tapping on an app allows you to log out of it, and in the case of Shazam, even gives you an option to delete everything this app has done to your stream.

Also, as it turns out, this is what my last APK Teardown was all about. At some point, Google is going to add a "Manage Apps" settings entry to G+, and it will probably look like the screen, above, that came with Play Services 3.0. It even has the Google+ logo in the top right. (Note: I still have no idea what the "Apps" button is for.)

Update: This enables the fabled "Apps" icon in Google+! It turns out they're sticking the G+ "manage apps" options in the main menu of Google+ instead of putting them in the settings. That's probably why they removed the settings option in an earlier G+ update, those plans were canceled (see my last teardown). Sure enough, this links to the "Apps with Google+ Sign-In" entry in Google Settings. Thanks to Victor and João de Lourenço 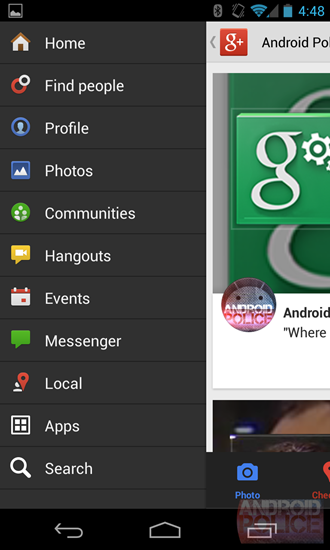 So that's about it for Google Play Services 3.0. It's going to allow developers all sorts of ways to plug their apps into Google+, it will let you manage the settings for those apps, and it's going to add a new icon to your app drawer. Now, with the newsy bits out of the way, I need to vent a little:

Google, we need to talk. Why did you make this an icon in everyone's app drawer? "Google Settings"? Really? We already have an icon for settings, it's called "Settings." There's also already a place for Google specific settings, it's in Settings -> Google. Here, I've made a helpful diagram: 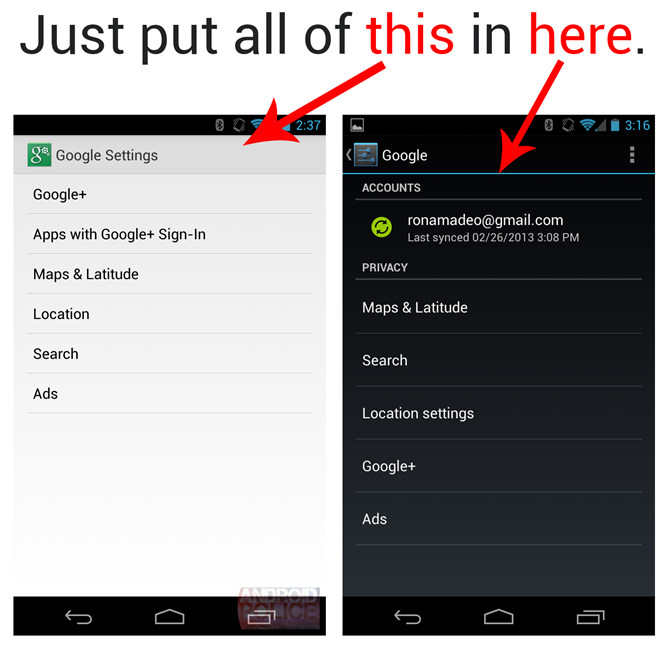 Look at that. Theses screens are nearly identical. And the old one is in a logical location: buried in the settings menu where it belongs. Why didn't you guys just update that screen? I'm pretty sure this screen is powered by an APK, so an update shouldn't be required. In fact, on my phone, there are similar screens for Facebook and Dropbox, and they certainly didn't ship with the phone. Even if you somehow couldn't update this screen, an app drawer icon is not the answer.

Your best bet is to probably hide the icon with a 3rd party launcher. You could disable it, but that will probably cause all sorts of problems with things like the Play Store and other Google apps. I wouldn't recommend it.

This extra icon isn't a huge deal, but it's pointless clutter, and the settings roundup screen just means there's yet another settings screen. Silently installing an app icon without any user notification probably isn't a great idea, either. Hopefully it doesn't cause the mass confusion and panic that occurred the last time this happened.

If you notice this crazy new app affecting anything else, let us know in the comments.

Matias Duarte: "If I Were To Start Poking You, You Wouldn't Like It. But When You Start ...

Samsung Epic 4G Gets Its First Official Build Of CyanogenMod 10.1