Sometimes game development just doesn't go as planned. New challenges appear, deadlines are pushed back, and entire projects can end up scrapped. In the case of Protoxide: Death Race, it seemed for a long time like it was dead in the water. Now all of a sudden this title has appeared in the Play Store after about a year and a half of waiting. But if you're in the mood for heavily armed hovercraft, look no further. 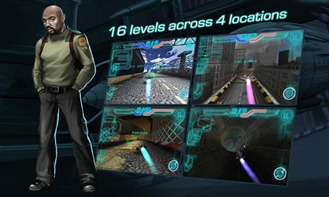 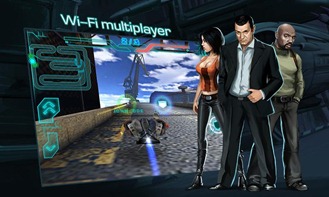 This title invites you to race around the track, grabbing power ups and taking out the competition. There are multiple game modes, including campaigns and free-for-all multiplayer combat. You also get 16 unique tracks across four different environments.

If this game had come out even a year ago, it would have been a top-tier game in the graphics department. Now it might be a little behind the times. Not to say it looks bad, though. If you want to see what all the waiting was about, Protoxide: Death Race is only $0.99.

Adobe Releases Photoshop Touch For Phones, Pisses Off Tablet Users By Making It A Separate $5 App