The Padfone Infinity was first on my list. After a few minutes with the phone portion, I wasn't particularly impressed, but I wasn't appalled, either. While the Snapdragon 600 processor moves the Padfone's... phone... along quickly, I don't really know what else to say about it - the device feels relatively solid, but looks exceptionally generic. The UI is lightly skinned Android (with some widgets added in), but the whole thing still feels slower than a Note II or Nexus 4. There wasn't anything worth getting excited over, nor was there anything particularly gripe-worthy. 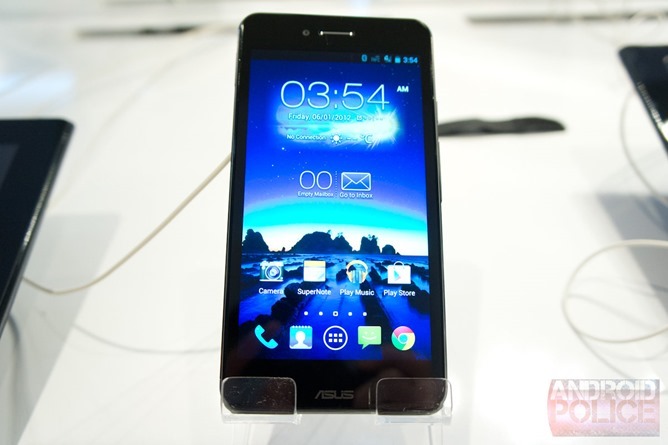 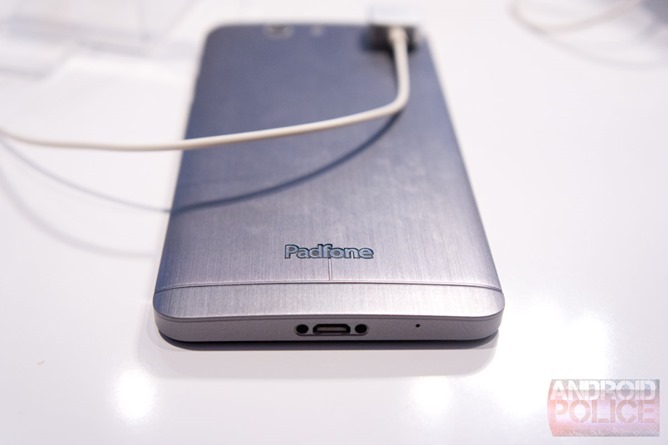 Once I plugged into the tablet dock, though, things went from 'unremarkable' to 'subpar.' The tablet often skipped frames, randomly froze up, and generally lacked the kind of responsiveness I would expect out of a thousand dollar hardware package. I'm guessing this was pre-release firmware, so that's something to be considered, but really, I can't see a single reason to be more excited about this Padfone than the Padfones that preceded it. It's still absurdly expensive, it's functionally identical, and I really do think it's just a big PR gimmick for ASUS. The smartphone tablet-display dock concept might gain some steam if the whole thing was a lot cheaper (and I say might - it's far from certain), but ASUS has priced the Padfone Infinity into the stratosphere, ensuring it will never see anything close to mainstream adoption. 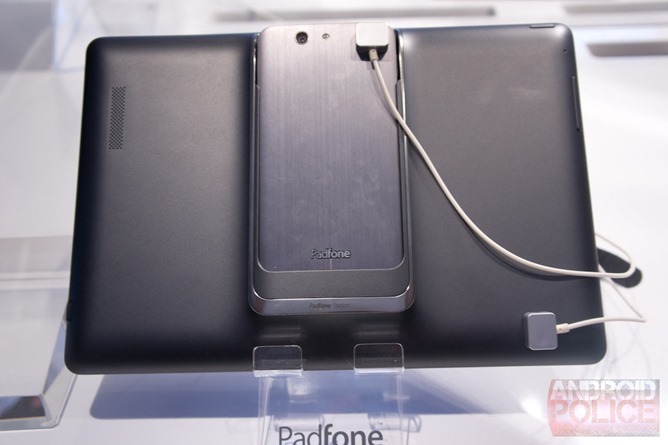 After a while with the Padfone, I moved on to the equally aptly-named / phonetically-spelled Fonepad. The Fonepad's concept is basically this: a mid-range 7" Android tablet that is designed from the ground up to make and receive phone calls. If that's your sort of thing.

The Intel Z2420 processor actually moved the Fonepad along very quickly. While not as smooth as a Nexus 7, the Fonepad was very snappy and responsive - something I didn't expect. The display was also quite good, at least on par with the Nexus 7's. It might actually be the same display - as both devices are specced with a 1280x800 IPS panel. 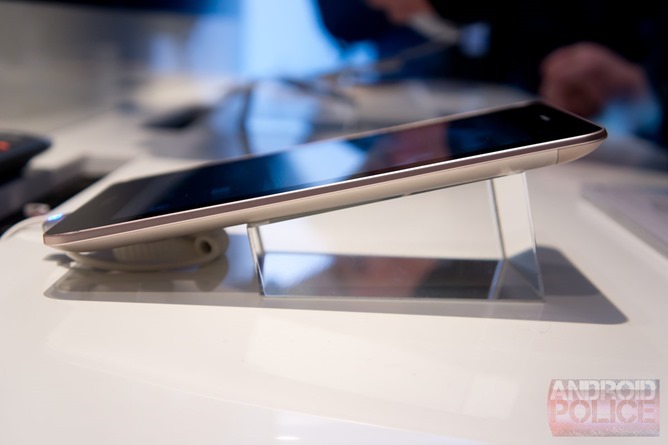 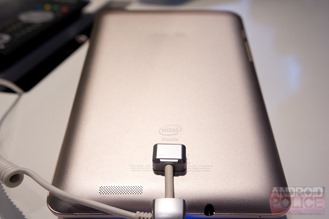 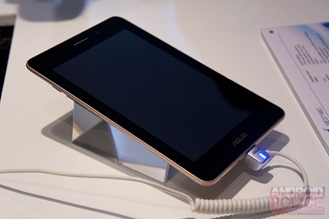 I played with the European version of the Fonepad, which lacks a rear camera, but costs only 219 Euros. The build quality seemed pretty bad, though - the display unit we used was already covered in various chips and scuffs along the sides and back, and the Champagne Gold plastic frame felt very cheap. I didn't have a chance to test the phone call capability (a typical trade show demo limitation), so we'll have to leave that for another day. Otherwise, it felt like I was using a pretty standard, kinda-sorta-cheap 7" Android tablet. How well that Atom processor will stand the test of time and software updates remains to be seen, though, and the included PowerVR SGX540 GPU won't be playing many high-end Android games.

While I personally shudder at the thought, if you like the idea of a 7" tablet with phone capabilities, the Fonepad is shaping up to be a decent (and very cheap) option.