Adobe has kind of a scattershot mobile strategy. On the one hand, it released six apps back in 2011 for tablets that ranged from okay to awesome. On the other hand, it killed off five of them last year. The tablet versions cost $10 each. Pricey for an app, but Adobe knows how to bring it's A-game. Today, it's bringing it again with a phone version of Photoshop Touch. A distinct piece of software for $5. 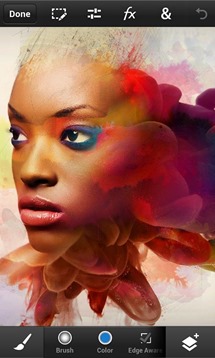 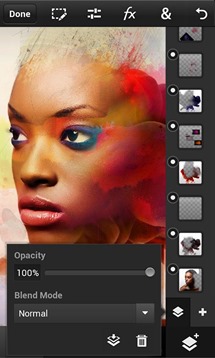 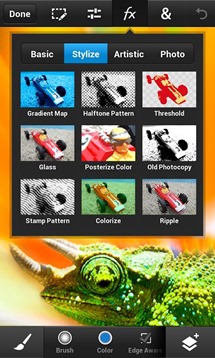 Nearly all of the features of the tablet version are available here, including layer support, selective editing, and an array of touch-friendly gestures and menus that made the original app so dang nice. Also, as before, you get a small amount of Creative Cloud storage (2GB) with your purchase. Not a bad deal.

The real bummer is for tablet users who have purchased Photoshop Touch already and will have to re-buy the nearly identical software if they want to use it on their phones as well. Using myself as an example, I purchased three of the initial six applications. While it's not impossible to find the discontinued titles on the Play Store and install them on new devices, it is fairly difficult. I already feel like $20 went down the drain on apps that won't be supported anymore. Shelling out yet another $5 for the same title on a different device is a drag when very few other developers on Android follow this model.

Still, if you want to give it a go, grab it from the widget below.

EE Launches 4G In Nine More Towns And Cities Across The UK, Including Coventry, Preston And Walsall