Then, it happened: THE CLOUD. We were shown a countdown video, over a CGI ocean, flying through the clouds (on loop, of course). When the timer neared zero, a fog machine began to blast THE CLOUD from a single side of the stage (I'm guessing the other side had some issues syncing up), before a man - no, a tech illusionist - appeared on the screen with very curious posture and a positively electric demeanor. 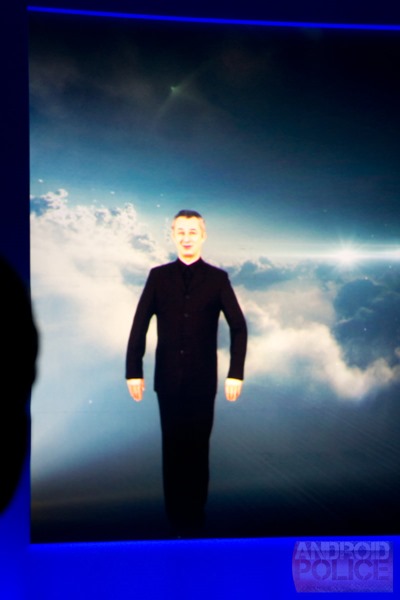 He introduced us to the seamless integration of THE CLOUD, detaching the screen of a Windows 8 ASUS all-in-one machine from its wired moorings. 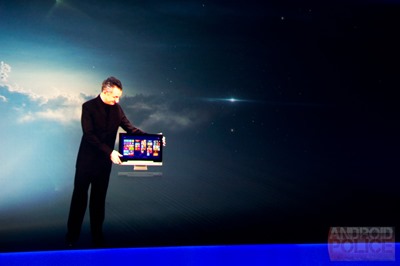 He then walked off the screen, casting off his virtual shackles, emerging on stage a newly realized man, a tech illusionist on terra firma, his tablet of cloud power in hand. 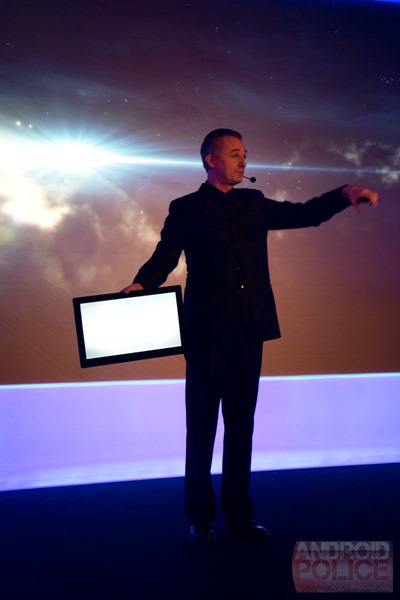 Our illusionist's face began appearing on all sorts of devices - showing his mastery of the arcane tech arts to an astonished audience. 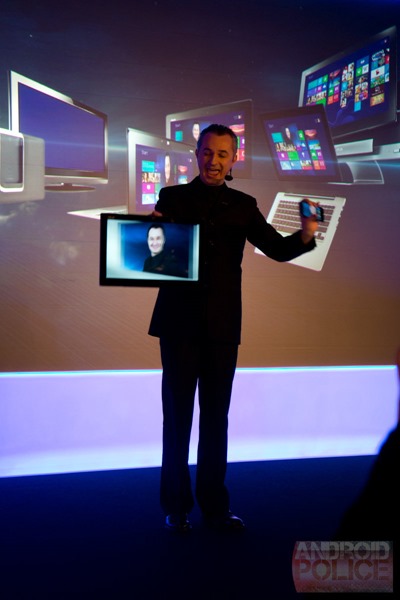 And then the phone rang. 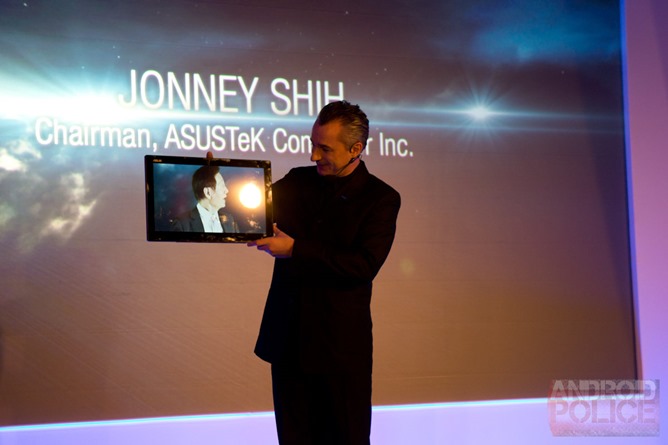 ASUS chairman Jonney Shih appeared on our illusionist's slate, then transferred himself (via the cloud, of course) onto the projector display, before he too materialized on our mortal plane ... in Ballrooms 2 & 3 of the Congress Fira Hotel. 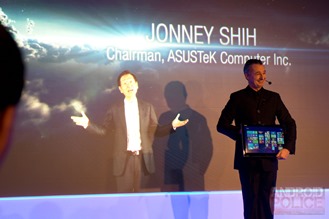 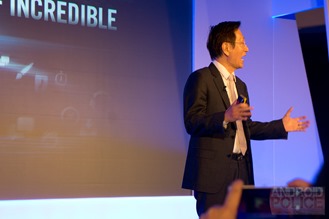 At this point, I thought we had reached the crescendo of this technological tour de force, but no - how wrong I was. 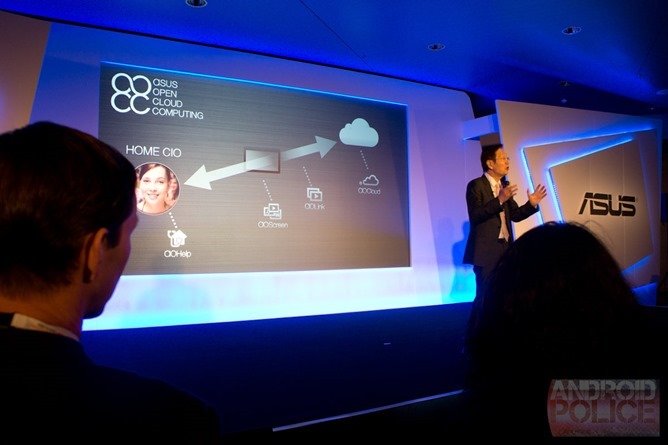 We were treated to a few choice words about the cloud from Mr. Shih, before our tech illusionist was re-introduced to great fanfare, with his magical dimensional portal - AKA ASUS Windows 8 all-in-one PC - in tow. 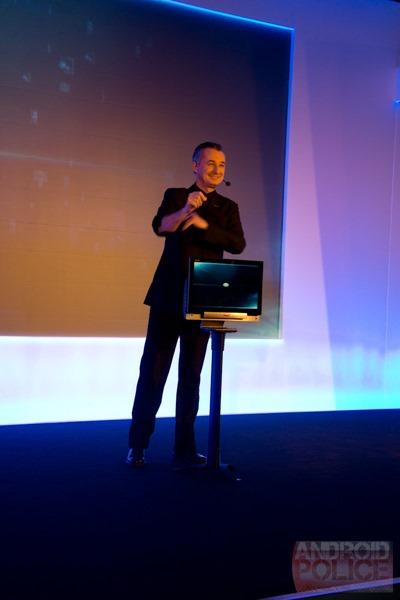 I cannot describe in our lowly, written language, what transpired next. But I can show you.

The following half hour was littered with awkward moments, Jonney Shih telling the CEO of Qualcomm what direction to look for a photo op, and lots of pictures of people looking hilarious talking on the Fonepad. But I knew the day could not end without more pantomimed projector magic. And I wasn't disappointed.

Our illusionist appeared on stage behind Mr. Shih (this time he just walked out, no fancy dimensional teleportation), and began to advance the remaining slides with his telekinetic (or Bluetooth-enabled) hands. 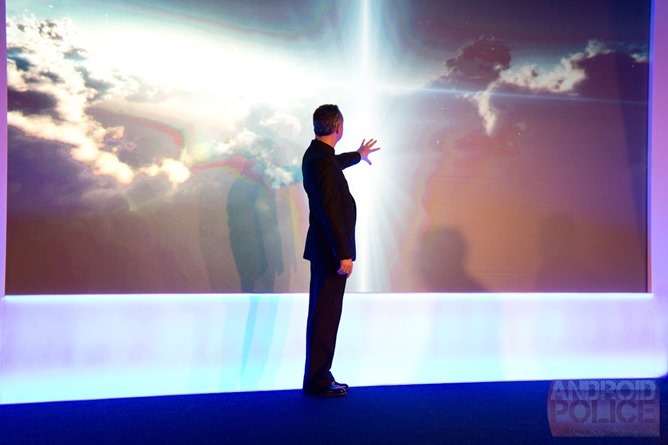 Oh, ASUS. Your products may not have wowed me, but rest assured, I won't be forgetting this press conference any time soon.