Sony's latest tablet, the Xperia Tablet Z, isn't exactly new. While it was announced for Japan last month, Sony fans have been waiting with bated breath for news on worldwide availability and pricing. Today, we have some more information on that front: the Tablet Z is slated to be released across the globe starting in Q2. Furthermore, the US version of the device (which is Wi-Fi only), will cost $499 for the 16GB version, and $599 for the 32GB. 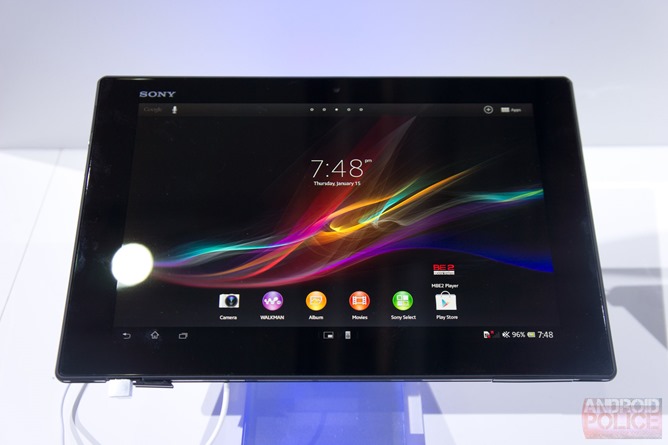 So, given that a Nexus 10 is $100 less, has a higher-resolution display, a newer and unmolested version of Android, and very quick software updates in the future, why would one choose the Tablet Z? There are actually a few reasons, potentially. First off, like the Xperia Z smartphone, the Tablet Z is water and dustproof (see photos nearer to bottom of post), and that's always a plus. It also has an IR blaster and Sony's remote app, and a microSD card slot. 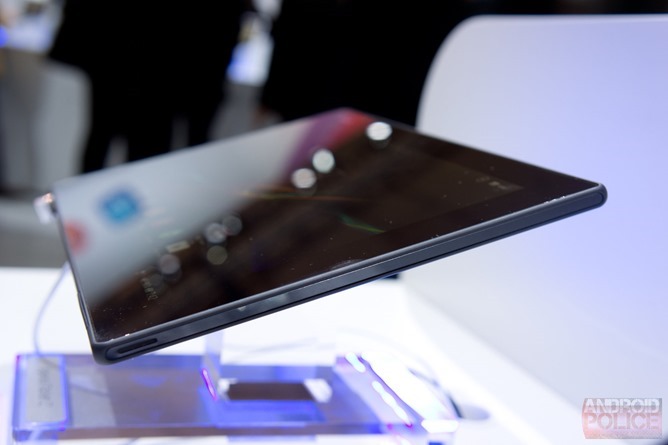 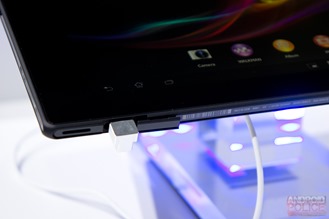 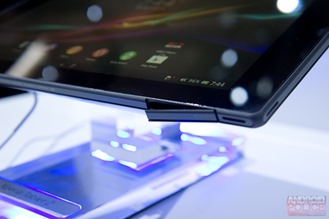 The real kicker, though, is definitely the light weight and extreme thinness of the Tablet Z. It weighs roughly a quarter pound less than a Nexus 10, and is 2mm thinner. Picking up a Tablet Z for the first time will definitely cause you to double-take - it's so light it almost feels like an empty shell. But with a 10.1" tablet, I'd argue that's a good thing. A low weight means it will be easier to hold for longer periods of time, and make you less likely to drop it. It also means it's less likely to shatter when or if it does take a tumble. 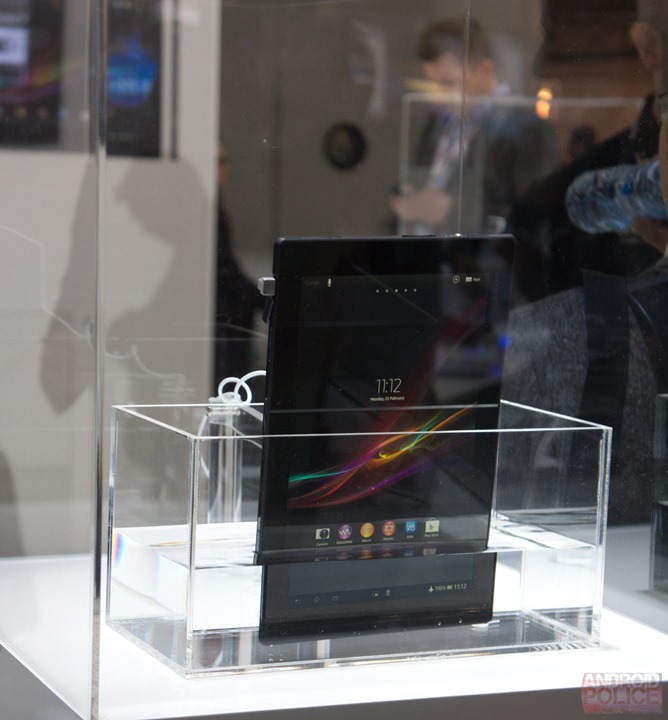 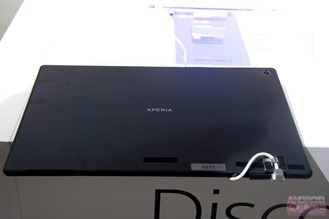 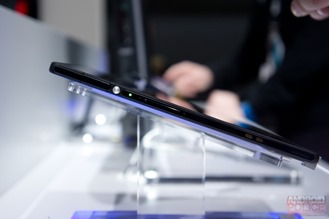 After playing with it for a few minutes, I get the feeling Sony still has some work to do on the software side, though. Even with a powerful Qualcomm S4 Pro processor, 2GB of RAM, and a 1920x1200 display, the Tablet Z occasionally stutters even when swiping homescreens. Perhaps an upcoming Android 4.2 update will address this, but really, after using the Note 8.0, with a substantially less powerful Exynos 4 quad-core processor, the Xperia Tablet Z is undeniably slower than a tablet that will cost significantly less. That said, the Tablet Z is by no means slow - it's just not the fastest slate out there.

The display on the Tablet Z was also pretty fantastic, if not as sharp as what you'll get on the Nexus 10. It is, after all, only a 1920x1200 panel. That said, it's probably adequate for most people, and the colors and clarity were pretty terrific. On some international models (like the one we played with), the Tablet Z will feature 3G / 4G LTE connectivity. We aren't expecting that to show up in the US any time soon, though.

So, is a 16GB Sony tablet worth $500? That's still a pretty tough sell in my book, though the Tablet Z is definitely the most 'premium' Android slate I've seen to date. Check out our hands-on video below for more.