So, Google TV isn't exactly great. And Windows media boxes aren't exactly "average consumer" friendly. With that in mind, it would seem, Samsung has unveiled the Home Sync box. It's a 1TB media server / smart TV box all-in-one, and it's actually pretty cool. To clarify, the Home Center does not run Google TV. The idea here is that Home Sync is the center of your Galaxy-device life - which is to say, I doubt you'd want one if you aren't already carrying around a fair bit of Galaxy hardware. 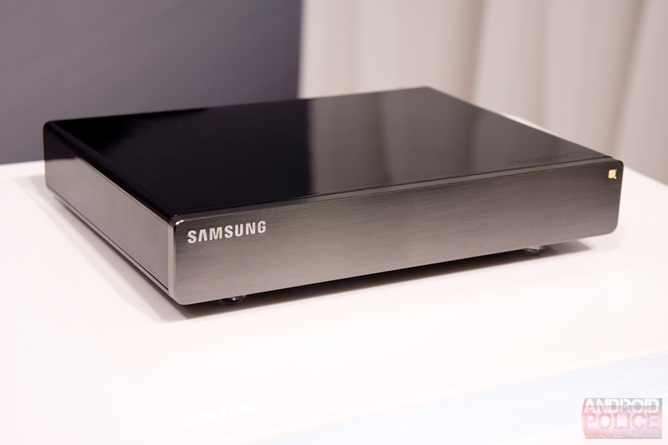 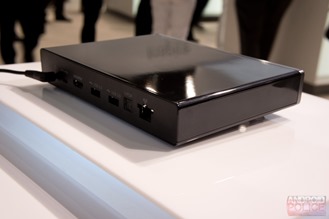 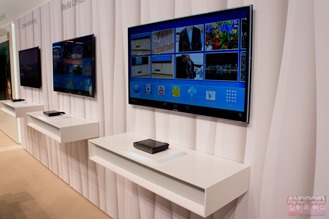 The Home Sync can be controlled in a variety of ways - USB or Bluetooth mouse / keyboard, or via your Galaxy smartphone. The smartphone method is pretty neat in and of itself - you get a virtual touchpad (your phone's display), and navigate around using touch and gestures. It's remarkably intuitive once you get the basic hold-to-drag / pinch to zoom mechanics figured out.

So what exactly does Home Sync... do? Well, for one, you can AllShare Cast (display / audio mirroring) content from your phone (or just the phone's screen) to your TV via the box. That's kind of a 'duh' feature, but considering how sketchy the reliability of many of these AirPlay-esque features has generally been, Samsung's implementation here seems solid and reliable. Even in a sea of Wi-Fi and Bluetooth interference, the Home Sync kept its connection remarkably well. 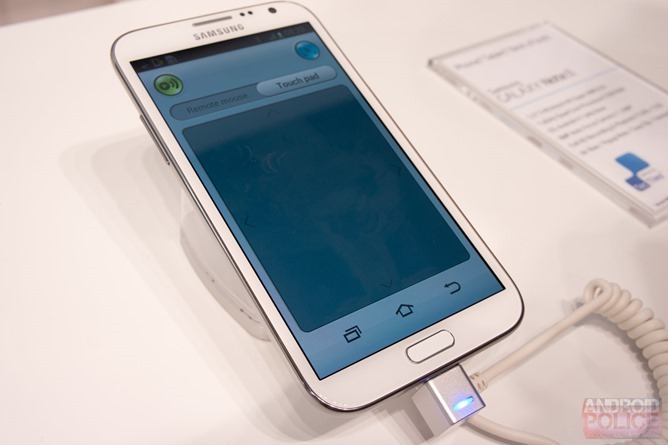 The Home Sync box also has access to the Play Store (it runs Android 4.2 - hit up the announcement post for more specs), so you can download video and other apps to your heart's content. The 1TB storage capacity also means you can keep quite a bit of local content on there - a major advantage over something like a Google TV box. The Home Sync itself runs incredibly smoothly - browsing, general UI navigation, and video playback were all buttery smooth - I'm impressed.

We don't know how much the Home Sync will cost, but it's coming out in April in select markets. I kind of want one. Check out our hands-on below.