If you're colorblind, then I'm afraid you might have to sit this one out, but the rest of you might want to try out Color Sheep. The game is fairly straightforward: you're a sheep. Of course. A pack of hungry, multi-colored wolves are descending upon you. In order to avoid being consumed, you have to target them with your mouth lasers. You didn't know sheep have mouth lasers? Well, they do.

In order to defeat the wolves, you have to change Woolson's (yes, that's his name and it's fantastic, shut up) fleece to match the color of the animals that are attacking. Of course, it's not quite so simple. You have three colors (red, green, blue) on the left, and two modes (dark, light) on the right. In the early levels, it's easy: light red, POW. Dark blue, ZAP. Light green, LASER ONOMATOPOEIA.

The later levels (and by that I mean three and up) start going nuts. First it's combos of colors. Hold "light" and swipe from red to green to create yellow. Boom. Hold dark and swipe all three in an L pattern to create a darkish gray. Blast. Then later on, tap red and dark, then blue and light to create a blue that's a little bit closer to purple, but not quite and now it's your brain that's exploding, not the wolves. Oh, and by the way, you're getting hounded by about a half dozen of the big baddies at a time if you're not quick. This thing has a very simple concept but a gut-punching difficulty level which, frankly, is a welcome challenge.

The game costs $0.99 on the Play Store and that's it. No in-app purchases are present. Just be sure to bring your ability to discern slightly different shades of color. 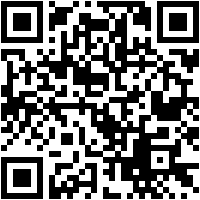